What prevention science tells us about cyberbullying 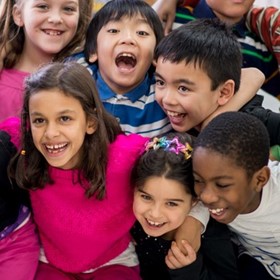 I recently facilitated a discussion at a local school on personal tech. The conversation started with parents expressing concerns, sometimes befuddlement, but all earnestly wanting the best from their children.

Most of the discussion involved the over-30 crowd until a lone teen girl in the back of the room raised her hand.

"I wish I was old," she said. We all turned to look at her. "I wish I never had a cell phone. I wish I was older like all of you and didn't have to deal with all of this."

That teen was feeling the negative effects of technology, like cyberbullying, distractions, lack of privacy and more. She had very legitimate concerns. The parents in the audience shared those concerns and her comment spurred stories of banning or limiting tech use in the home.

During that discussion, the solution focused on restrictions, such as filters and parental-control apps. Those solutions are not bad; I am a parent who regulates tech use at home, too. However, as parents and educators, it’s important to understand that those solutions don't address the underlying problem.

Look beyond the screen

It's easy to focus on the screens. Screens follow some rules, they can be tucked away, they can be banned. But if your solution to personal tech issues rests only on the screen, you're missing the larger point.

Behind every screen there is a person, and people are infinitely more complicated than technology. That's why in my discussions and trainings about digital citizenship, I focus on the humans behind the screens through the model of prevention science.

A big risk factor in both on- and off-line human dysfunction is lack of connectedness. You can see this theme running through the risk factors for violent behavior put together by the Centers for Disease Control. Antisocial beliefs, social rejection by peers, socially disorganized neighborhoods all lead to an increased likelihood for youth violence.

If programs and trainings on digital citizenship do not focus on the risk factors, they will never fully address the problems that stem from technology use.

Just saying 'no' is not enough

Let’s look at an example of a well-known program that did not address risk factors. In the 1980s, the D.A.R.E. (Drug Abuse Resistance Education) program became the model many school districts nationwide used for drug and gang prevention education. Trained police officers delivered the curriculum, which essentially was focused on teaching kids to “say no to drugs.”

A meta-analysis of this program found that not only did it have little effect, it may have had a negative impact. The program included education about the different types of substances available and their effects. Some studies have found that the information led some students to believe that tobacco wasn't that bad when compared to such substances as heroin.

Prevention science is a widely used model in substance abuse treatment and research. Some of the risk factors for teens using substances include post-traumatic stress disorder, witnessing violence and being victims of sexual assault. The D.A.R.E. program did not address those risk factors.

However, wanting to believe something, does not make it true. Human behavior can’t always be explained, and there is not a clear path from risk factor to delinquent behavior. Protective factors come from the individual, that person’s relationships and the larger community. There’s not one change that can fix the issue; it takes a deep-rooted coordinated approach.

Educators can have an impact

So what’s an educator to do? A teacher cannot change the student’s home life, but she can be aware of those issues. A teacher cannot cure a student’s mental illness, but he can recommend that student to a school counselor. A teacher cannot solve intergenerational poverty, but she can understand the effects of poverty on digital access and adjust homework accordingly. It takes an individual, school, family, friends and the entire community to increase those protective factors.

Are we addressing risk factors when we talk about digital citizenship? Are we really assessing the "whys" and digging deep into the causes? Digital citizenship, like prevention science, is a discipline that is growing and more research is needed. But perhaps the first step is looking beyond the screen.

While prevention science is a research-backed approach, it’s not very satisfying. It’s not flashy; it can’t be condensed into a simple slogan. An educator probably won’t see the changes in behavior because those changes take years to develop. This can be frustrating; you may not feel you’re making a difference and you’re just banging your head against the wall. But you are making a change. You’re part of that larger community and have a role in increasing protective factors for the long term.