Video: What the #1000BlackGirlBooks campaign teaches students about media literacy 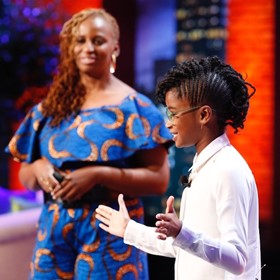 In November 2015 — when Marley Dias was only 11 years old — her mother, Janice Johnson Dias, asked her a question: “What would you change about 2015?”

Marley’s answer to that question launched an international movement that is bringing much-needed diversity to reading curriculum in schools across the nation.

“In my fifth grade class, all the books featured white boys and their dogs, and no books had a black girl as the main character,” Marley said. “I’m a black girl, and I wanted to read stories about girls like me — smart, funny, interesting and adventurous.”

Her mother then asked a follow-up question: “What are you going to do about it?”

Since that day less than a year ago, Marley’s #1000BlackGirlBooks campaign has racked up an impressive array of accomplishments:

Marley has had so much success in part because she hit on a dire, nationwide problem: The reading lists of U.S. classrooms do not reflect a wide swath of the children they are supposed to serve. And, according to Partners Against Hate, diversity in children’s literature is important not only to minority students, but also to white students and to society as a whole. Children’s books act both as a mirror — reflecting their own experiences to help them work through issues in their lives — and as a window into the lives of others, which helps them build understanding, empathy and respect for those who are different from them.

Marley has also been successful because she’s a truly media-literate child. By combining social media tools and platforms, such as Twitter, hashtags and YouTube, with traditional media like print magazines, newspaper coverage and TV appearances, she has been able to generate phenomenal worldwide response that has achieved significant results for her cause in a short period of time.

But she didn’t do it alone. Marley’s mother challenged her to solve a problem she saw in her world, then helped her learn how to use the tools that could make it happen.

“My goal is to talk to you educators, you parents in the room, you loved ones who have children in your community every day who are telling you that they see something … that is unjust, that is unequal, that is unfair,” Johnson Dias said. “Our job as caretakers of these children is to help them solve those problems. It is my hope that those of us who are … the guardians of the most precious resources in our communities, our young people, will actually elevate and amplify the voices of young people so they can become champions of change — so they can become the solution makers, and they can, in fact, create the world that all of us want.”

Watch the video below to hear how Marley became a force of change in the world — with the help of her mother and other adults in her life — in her own words.