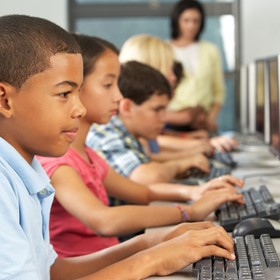 What the Trump presidency means for edtech policy remains to be seen, but it’s possible the administration will have a significant impact on federal policy gains that edtech advocates made during the Obama administration.

Many of those wins were the direct result of ISTE members advocating for policies that ensure students have access to anywhere, anytime learning. The efforts include working to modernize E-Rate and raise its annual spending cap, securing provisions in the Federal Communication Commission’s (FCC) revised Lifeline program that help bridge the homework gap, and establishing a new flexible block grant in the Every Student Succeeds Act that will allow school districts to spend grant awards on technology professional development and hardware, software and equipment.

Changes to E-Rate application process. During the Obama administration, the FCC updated the E-Rate program and increased its annual funding by $1.5 billion. Ajit Pai, the new chair of the FCC, supports E-Rate but has suggested that the application process could be simplified by turning the program into a per pupil block grant, something that could make it harder for rural schools and libraries to get the bandwidth they need.

One target of these cuts is the Student Support and Academic Enrichment grant program, much of which can be used for edtech. While only receiving $400 million last year, far short of what was needed, this funding represented the first appropriation for this new program and gave education advocates something to build on.

Changes to federal privacy laws. While some of the tumult from parent protests over commercial use of student data has died down, Congress is still considering legislation to update the 40-year-old Family Educational Rights and Privacy Act and to create new rules that bar vendors from selling or using student data for marketing purposes.

These changes would have an impact on educators and how they can use data to personalize education.