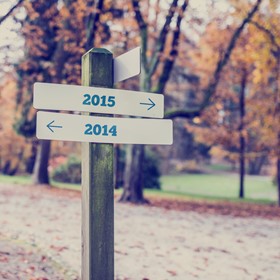 What's in store for educators this year?

As we move into 2015, it's a question on a lot of minds. Last year was an exciting one for ed tech — the maker ed movement exploded, mobile and 1:1 programs gained steam, and teachers continued to flip traditional learning on its head.

The internet is awash with predictions from educators and ed tech experts as to what changes we'll see in the coming months. Here are a few that caught our eye:

Crowdsourcing has made its way into schools and classrooms, with educators sharing ideas and information via wikis and online communities such as Khan Academy. The ed tech firm Rubicon International hopes to see that trend continue as teachers develop more crowdsourced lesson plans and units like this one. We're already starting to see that model flourish within the Project ReimaginED community, where educators are collaborating to redesign school curricula to meet digital age standards.

The maker revolution continues to sweep through schools, and teachers have embraced it with open arms. The coming year will most likely bring an explosion of new makerspaces dedicated to helping students create and experiment. Technology director Howard Chan foresees educators increasingly updating traditional shop classes with modern ed tech innovations. From 3D printing to robotics to programmable textiles, they'll have plenty of options.

Lack of connectivity remains the biggest barrier to digital age learning for students in more than 70 percent of U.S. schools — but that tide will begin to shift in 2015. The Federal Communications Commission closed out the year by supporting a $1.5 billion increase in the funding cap for E-Rate, the federal program that subsidizes internet services in schools and libraries. The more than 60 percent increase will bring high-speed broadband to more students across the nation. In fact, U.S. Secretary of Education Arne Duncan predicts 10 million more students will gain access to high-speed internet this year.

Several education experts have predicted that student data privacy will remain a hot concern in 2015. " "Major consumer data breaches, such as those with Target and Home Depot, have shined the spotlight on data privacy overall in 2014, and student data privacy has certainly been a big part of the discussion," " ISTE's chief innovation officer Wendy Drexler told T.H.E. Journal. Ed tech companies and organizations will continue to respond to public concerns by " "implementing new policies and pledges regarding student data privacy," " she added.

What are your predictions for 2015?