Is education the next civil rights fight? 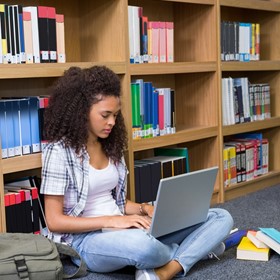 Soledad O’Brien made social media light up during ISTE 2015 when she declared that education is the new civil rights fight, and technology is the tool that can level the playing field.

“Educators are on the front lines of a critical battle for access and equity in education. It’s not a small opportunity. Do not give up on kids who need you,” she said from the stage in Philadelphia.

And she came armed with proof. Several years ago, O’Brien did an on-camera story with a 7-year-old student who was enrolled in four schools before second grade and couldn’t even read the word “the” or sound out one-syllable words. She pointed out that statistics show that students who can’t read at grade level by third grade are at risk for dropping out around seventh grade, and dropouts feed a large portion of the prison populations.

O’Brien is not alone in this call to arms. The National Civil Rights Museum in Memphis, Tennessee, declares in bold headlines that “Education is the civil rights issue of today.” It, too, has study results to back the claim: On average, black students are two to three years behind their white peers academically. Almost 70 percent of black fourth graders cannot read at grade level, and 7 out of 10 African-American parents say their neighborhood schools need to be reformed.

The point makes sense, given that the civil rights movement launched from the 1954 Brown v. Board of Education of Topeka case. Gary Orfield, co-director at the Civil Rights Project at UCLA, said the African-American struggle for desegregation hinged on the belief that a dominant group would keep control of the most successful schools, and the only way to get a full range of opportunities for a minority child was via access to those schools.

In today’s language, that translates to Allan C. Golston’s argument that it’s not right that some students are headed to the Ivy League and some are headed to remedial education when both groups do what is asked of them academically. “That’s purely an equity issue,” said Golston, president of the Gates Foundation U.S. program.

Just ask the Office for Civil Rights, whose mission is to enforce federal civil rights laws that prohibit discrimination in programs or activities that receive federal financial assistance from the Department of Education. Again, it circles back to classrooms, learning and students.

Of course, even within the movement, there’s room for debate. Roger Clegg, president and general counsel at the conservative think tank Center for Equal Opportunity, advocates for more focus on the quality of school curriculum rather than racial makeup. That’s the side O’Brien came down on in her suggested solutions.

Schools, she pointed out in her ISTE 2015 keynote speech, have a new chance to do more than teach students how to program desktop computers to curse, as she did in her youth. Tech tools may not the be-all and end-all of classroom learning, but they are a chance to change the world.

About Levon, the 7-year-old who couldn’t read, O’Brien said, “That’s appalling. No excuses. Technology could transform [his learning experience].”

Her heart also went out to Maria Costas, an exceptional student in Phoenix, Arizona, who never realized her dream of going to Stanford University because her school didn’t offer a calculus class until she campaigned for one. Unfortunately, just one course wasn’t enough to propel Costas through the admissions process. But technology, O’Brien argued, would ensure that students like Costas could have a level playing field.

“Education shouldn’t be a crap shoot,” she said. “A technology gap is more than just that. It's an information gap for students.”