The 2016 ISTE Standards for Students are here! 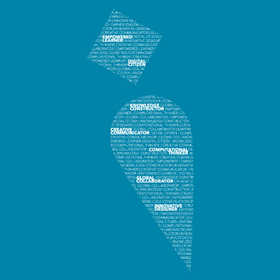 ISTE spent the last year engaging members and stakeholders in conversations about what should be included in a refreshed version of the ISTE Student Standards. Those new, aspirational, student- and expert-inspired standards were unveiled at ISTE 2016 in Denver.

The discussion around revising the standards began at ISTE 2015 where attendees reviewed the 2007 student standards and envisioned the future of education, work and life. ISTE also brought together a group of education influencers at the conference to provide initial, strategic insight into the refresh process.

A group of education professionals, including teachers, technology coordinators, library media specialists, consultants and administrators, then provided expert insight and wordsmithing. This group helped pull together the feedback data into what became the first and second drafts of the 2016 student standards.

All told, 2,714 people from 52 countries participated in the effort, including 295 students. The voices of those nearly 300 students are perhaps the most innovative part of the 2016 student standards. After all, when empowering students emerged as a core theme in the refresh, ISTE knew that it could not release the 2016 standards without getting students’ input.

Those attending ISTE 2016 got a sneak peak at how the new standards will amplify student voice and ensure learning is a student-centered process via a video released during the first general session.

If you're in Denver, pick up a free classroom poster detailing the 2016 ISTE Standards for Students at ISTE Central.