What is the future of gaming in education? 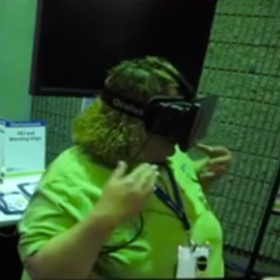 After asking around the ISTE 2014 conference floor, I discovered some great predictions and big dreams for the future of digital gaming and virtual environments in learning.

Educators discussed the potential of wearable technology with excitement. Improved efficiency and access to authoring tools for student game creation also ranked high. Minecraft was mentioned fairly often, but so were other games, as well as a profusion of "open" simulation spaces.

Rurik Nackerud researches games as an education doctoral student focusing on curriculum and instruction. Visit his blog and connect with him on Twitter via @ruriknackerud.