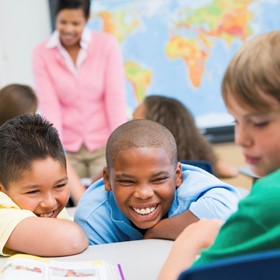 When Jon Bergmann and I were researching Flipped Learning for Social Studies Instruction, we asked several social science teachers who flipped their classrooms for their insights. We knew they might come up with things that we, as STEM teachers, had no considered before. But we weren’t prepared for the depth to which these teachers had taken the flipped concept and how much their classrooms had changed as a result.

If you’re a social studies teacher who is flipping or considering flipping your classroom, you should keep in mind these characteristics of what successful flipped learning looks like in your subject area:

As a science teacher, I am very familiar with inquiry-based learning, and I naïvely assumed that inquiry resided primarily within the realm of science education. However, many of the social science teachers we interviewed said they had been influenced by Dr. Ramsey Musallam and his inquiry-based approach to flipping the classroom: Explore-Flip-Apply. Many of the teachers had co-opted his approach and brilliantly folded it into their instruction by using video in the middle of the learning cycle rather than at the beginning, as you typically see in a flipped classroom.

We found out that social science teachers often begin their journey into flipped learning by using a large number of videos to replace their in-class direct instruction. However, the farther along the flipped path they travel, the less they tend to rely on instructional videos. In other words, what had been their primary means of instruction eventually became a supplemental learning resource.

The transition away from using video as a primary means of instruction happened largely because of the concerted effort these teachers took to reinvent their class time. When they freed up class time to incorporate student-centered activities, they realized that direct instruction is not as essential as they thought it was.

Out of all the subject areas we wrote about in our flipped learning series of books, these social science teachers made the greatest transition as educators. They truly passed through the flipped classroom paradigm to full flipped learning. Over time, they relied less and less on direct instruction, be it live or through video, and created a truly student-centered classroom rooted in inquiry and investigation. Flipping, for them, was not simply replacing lectures with videos. Flipping was the pivot point that caused them to reinvent their classrooms.

Aaron Sams teaches science at Woodland Park High School in Woodland Park, Colorado, and has taught many staff development courses, primarily in the area of technology integration. He is one of the pioneers of the flipped learning movement and co-author, with Jon Bergmann, of ISTE’s flipped learning series of books.

5 Reasons To Try the In-Class Flip

Most teachers have heard of the flipped classroom, but some may not be as familiar with a variation called the in-class flip. Rather than having students absorb content at home, this approach allows students to access flipped content at station and non-station settings within the classroom.…

Jun/01/2022
Flipped learning
Jennie Magiera: Give voice to the untold stories of your students [video]