7 ways to build your students' brains 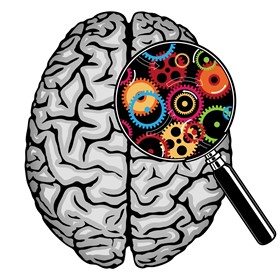 Ironically, one of the few things your brain probably doesn't understand is itself. We've been trying for hundreds of years now to make sense of this organ that sits at the zenith of our selves, and we've made remarkably little progress. And even now, in an era that some have dubbed the Decade of the Brain, we are still struggling for understanding.

For instance, contrary to popular belief, you don't use merely 10 percent of your brain. You use all of it every day — just not all at the same time. Likewise, the idea that people fall into either the right-brained or left-brained camp is also exaggerated. Both sides must work together.

That's not to say, however, that neuroscience hasn't made impressive progress over the past few years. In fact, some of the field's latest findings offer educators a treasure chest of answers to the age-old dilemma: How do I reach all of my students?

In a nutshell: Use their brains!

Brain research reveals that three main neural networks rumble through our gray matter. It's the executive function that's key — the part of the brain that says, " "This message is important. Do it." " And students with better metacognition — a fancy word for being aware of and understanding your own thought processes — actually have more gray matter in the prefrontal cortex, which is the executive control center. Not coincidentally, that's the same address for working memory, which governs what you do with what you know.

Boiled down into layman's terms, this means that if you teach kids there's a reason and reward to study and practice, they'll dig in and commit more enthusiastically.

As the adult in the classroom, you have the power to set the stage before the younger brains in the room even arrive. First of all, you need to know that positive motivation impacts brain metabolism in these memory areas and releases neurotransmitters that increase executive function and attention. In other words, according to neuroscientists, praise is good.

But that's not the only magic you can work. Stress, researchers say, can gum up this prefrontal cortex's processing system, so ongoing boredom (which might sound like " "I already know this," " or " "Who cares?" ") and frustration (" "I never get this right!" ") show up as red flags on neuroimaging scans of what's really going on in students' heads. The prefrontal cortex then kicks these troublesome stimuli down to the lower brain functions, which decide whether the person picks fight or flight. In a typical school setting, you'll know these kids because they zone out.

Once you recognize these realities, it's easier to use technology and other tools to reduce anxiety, emphasize joy and bring back confidence. Here are a few tips to make the most of your students' brain power.