Gameful lessons focus on the learning, not the product 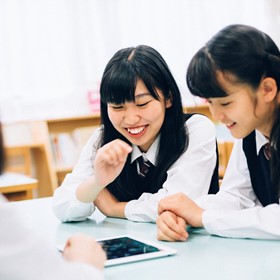 Game-based learning traditionally involves either playing games, such as Minecraft, to master content or concepts, or using programs like Scratch or Gamester Mechanic to learn coding.

A third, less-talked-about gaming method is to integrate gameful assessment, or gamification, by incorporating elements of games into learning experiences without actually playing games.

For example, students can accumulate experience points (XP) instead of earning grades or choose a learning path rather than following a prescribed syllabus. I have been using gameful strategies in my teaching for the past three years. While not perfect, this approach does help students focus on the process of learning rather than their final grades.

Make the most of gameful learning

Here are some of the elements of gameful learning that I use to motivate students:

Experience points (XP points): Most games incorporate a system where players accumulate points as they progress in the game. Rather than using grades, I assign experience points to each class activity. Students never lose points, which gives them a feeling of accomplishment as they work toward a goal. Often these points are large uneven numbers, such as 10,451 to 180,023 XP points. I've found that by having such a large number of possible points, students focus less on 100% = A, and more on the process of learning the skills in the activity.

Mini-quests: Games often have short adventures with an achievable goal. Instead of giving students one large assignment (that may take four hours to complete), I break up traditional assignments into mini-quests that take 20 minutes to complete. As a result, students can show their work at every step and feel more accomplished by moving through the mini-quests quickly (and accumulating points along the way).

Mastery of skills and leveling up: As players master skills, they progress through more difficult levels of games. In my gameful classroom, students have the opportunity to master skills, rather than just earning a C+ and moving on in the curriculum. When students turn in a quest, they earn some points, but if they have not earned all the possible points, they can try as many times as they’d like until they have mastered the skill, and ultimately move on to the next, more complicated level.

Learning from failure: Gamers fail more than they succeed. Yet, players learn from failure and often make corrections to do better the next game. Consequently, in my class students will often fail (not earn all the points) the first time, but have opportunities to learn from their mistakes by turning in the quests again and again. There are no penalties for failing, and students earn some points each time, so they have a feeling that they are working in a positive direction toward the goal.

Leaderboards: An incentive built into many games is for players to get their names on the leaderboard. I have learned that many of my students are not very interested in being at the top of an academic leaderboard (a bit nerdy, they say!). Therefore, I created opt-in leaderboards that are based on skills or badges achieved rather than basic points.

Choice: Gaming often allows players to make choices about paths to pursue or structures to build. They can chase their own interests rather than being forced to follow one predetermined route. I integrate choice by giving students multiple options to reach the same learning outcome. Thus, students do not have to do every quest; they can pick and choose based on their passions.

Collaboration: Players often work together or play against each other in games. Either way, there is a lot of collaboration and discourse involved that helps to build knowledge around the game. In my classroom, I set up opportunities so that students can choose to work together on quests. Cooperation and discussion during activities can lead to richer understanding of content.

Badges: Games often award players through points and/or badges. In my classroom, I set up badges based on skills (outcomes) learned. When students master those skills, they earn a badge. Three badges earns them bonus points (just like in a game).  An easy place to create and reward badges is at Class Badges. They can also use the badges as a digital portfolio to show future employers what skills they’ve mastered.

Modding: When gamers want to change the actual programming behind the game — that is, make the game do something new or different — it’s called modding. I added a modding element by allowing students to create their own quest or modify one to better suit their passions.

Easter eggs: Games often use surprise rewards to delight players. I added in surprise points for students displaying grit-type skills, such as helping a classmate, taking a risk, trying a more difficult quest or persevering through a quest to master a skill.

While teachers can create their own leaderboards and gameful systems in the classroom, using online resources can make it easier to set up comprehensive gameful environments. Here are some sites I use:

Gradecraft. Developed by the University of Michigan, this site is scheduled to go full beta this fall. Use it as a learning management system (LMS) or for a single project or two. Teachers can set up assignments (or quests), give each assignment an XP point range and allow students to work in teams or individually. The software includes leaderboards, unlocks (leveling up), rubrics, and badges or points. A grade predictor allows students to plan out the assignments they want to pursue and get a sense of how many points they might earn.

3DGameLab. This is a paid site created by Lisa Dawley and Chris Haskell that was originally intended for teacher professional development but has now moved into the K-12 learning world. It has many templates and structures to set up a gameful experience including assigning badges, awards, experience points, leaderboards, player cards, gamer handles and even built-in national standards (such as Common Core) so you can attach them to each quest or assignment. It is a fairly hardy system!

Classcraft. This is an engaging gameful system that was originally intended for behavior assessment more than academics, but now is fairly robust. It is set up as a management system where student can both earn and lose points based on their classroom behaviors and academics. It has awards (superpowers) that you can build in (such as a free pass from homework). The software has a science fiction theme and feeling like a World of Warcraft game.

Goose Chase. This system lets students earn experience points in a mobile scavenger hunt. Unlike other gameful systems, it is not meant to be an LMS. However, it is a great tool to try out a bit of gameful learning with a project or two. The best part is that this software is designed to extend learning outside the classroom. For example, you can create mobile scavenger hunts around town, over school breaks, on field trips or even within the school grounds. There are leaderboards, points and rewards, and it offers an ideal way to connect to students’ authentic worlds.

I also use these sites to motivate students or to assess their learning:

Formative assessment. Kahoot! and Quizezz are simple “quiz” type platforms for doing quick formative assessments in a gameful style. They allow students to create gamer handles and race through pre-set multiple choice questions. Students get points and get to see where they land on the leaderboard. While definitely not an LMS or any kind of long-term assessment tool, they do set up a gaming feel for quick assessments.

Book clubs. Biblionasium is a great tool that allows children to earn points for books that they read and share.

Liz Kolb is a clinical assistant professor at the University of Michigan School of Education and the author of ISTE’s Toys to Tools: Connecting Student Cell Phones to Education (2008) and Cell Phones in the Classroom: A Practical Guide for Educators (2011).