Is it time to give up on computers in schools? 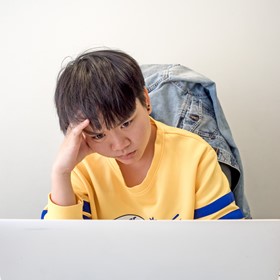 Yes, I know that asking this question in 2015 sounds preposterous, borderline Luddite. Sure, there are many terrific examples of 1:1 programs in K-12 schools across the country (You can even read lots of them at Scholastic Administrator). And yeah, I know education spending for IT is rising 3 percent this year to $10.2 billion. But what if everybody’s wrong? What if the arms race of outfitting more and more students with technology is not only not moving the needle on education, but also making it worse?

If you’re not intrigued by now, maybe it’s best that you skip the panel session I will moderate from 12:45 to 1:45 pm on June 29 at ISTE 2015. This panel, featuring four smart, opinionated speakers who aren’t afraid of making declarative statements, guarantees to challenge your beliefs about technology and schools, anger you, make you laugh, and ultimately coerce you into thinking deeper about what you are doing in your district.

Will Richardson, Gary Stager, David Thornburg and Audrey Watters will trade quips, parry blows and try to get the last word in as they dissect the worst of today’s ed tech miscues and marvel at the successes. Topics are sure to include computerized testing, bad tech implementations and the best thing each panelist has witnessed in hundreds of school visits. And given the travel logs of each, expect the conversation to frequently include international examples from Australia, the United Kingdom and other locales.

I’ve been the editor-in-chief of Scholastic Administrator for the last five years, covering education and technology for more than a decade. In the last several months, I’ve visited schools on the South Side of Chicago, Mooresville, North Carolina, and a fast growing suburban district outside Atlanta. In each, I’ve seen how they integrate technology into their daily work of teaching and learning. Gary Stager is one of the leading advocates for computer technology, mentoring schools, governments and teachers across the globe. David Thornburg leads the Thornburg Center for Professional Development and has recently written a book about 3D printing in the classroom. Will Richardson is an expert and author in the intersection of education and the social, online learning networks. Audrey Watters is an education writer who runs the Hack Education blog, and is working on two books due out in 2015.

Want more? Here are the questions that we’ll try to answer in our 60 minutes. Has the edtech community missed the significance of the maker movement? What are 21st century skills? Is it time to significantly raise expectations for educators to use computers in more powerful and empowering ways? If so, how can we realize those new expectations? Why are fewer students taught computer science today than 30+ years ago? Are we empowering the forces who wish to replace teachers with YouTube videos or computer-assisted instruction? Why do fantasies such as teaching machines (personalized learning, learning systems) persist?

Don’t miss our session Is It Time to Give Up on Computers in Schools?

Wayne D’Orio is the editor-in-chief of Scholastic Administrator. Find him on Twitter @waynedorio.

5 Tips for Checking Student Understanding in a Virtual Classroom

As educators pursue more personalized, student-driven and inquiry-based approaches to learning, one obstacle that continues to rear its head is the inability of widely used assessment models to successfully measure student learning and growth.