Get real with Soledad O'Brien 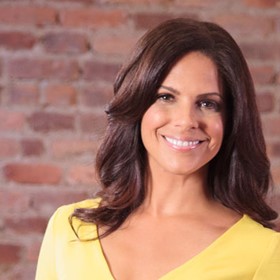 You don’t have to look long to find the watchword that guides Soledad O’Brien’s career: real.

If it’s gritty, difficult, heart-rending or thoughtful, this award-winning journalist is smack in the middle of it. It’s been her position for the past two decades at CNN, where she created two highly successful documentary series called “Black in America” and “Latino in America.”

Today, O’Brien runs Starfish Media Group, her own media production and distribution company, and she’ll share her insights on pushing the boundaries as a keynote speaker at ISTE 2015 .

O’Brien grew up in a classroom environment, the fifth of six children to Australian native Edward O’Brien, a mechanical engineer, and Estella, a high school French and English teacher from Cuba. The family lived in Smithtown, Long Island, in New York. She went to Harvard University, earning a bachelor’s degree in English and American literature. It was par for the course in a family where her siblings include a law professor, corporate lawyer, businessman, eye surgeon and anesthesiologist.

Most educators are familiar with O’Brien, who is the face of CNN’s morning news show with an occasional segment on “The Today Show,” because her coverage has opened up new understandings on hot school topics:

• “Kids and Race” asked teens to discuss what makes a person black in America. “There’s a lot of pain behind these conversations,” she said when it aired. “The conversation is about what we value in America. And what is the role of skin color in our values? They’re conversations we in America don’t particularly like to have.” She won an Emmy for this reporting in 2013.

• “Don’t Fail Me: Education in America” took a look at why American students may not be learning the skills necessary to compete in a global market.

She’s also eager to talk about The Starfish Foundation , a nonprofit O’Brien and her husband created to help disadvantaged young women get into and through college. The idea stemmed from her on-the-ground reporting after Hurricane Katrina. The foundation awards scholarships to 25 young women each year.

O’Brien is no stranger to technology topics, either. Her early career involved hosting the hour-long “The Site” on MSNBC, which covered the internet revolution. As one netizen website described her, “[She] is intelligent, informal, and knowledgeable — the antithesis of the Anchor Monsters who have sucked the life out of most commercial TV newscasts. She manages to be skeptical and direct, but not pompous.…”

Something you won’t hear in her words of encouragement are examples and details of O’Brien’s own experiences as a person of mixed race pioneering new fields in a slice of America where diversity didn’t exist. “It’s not my story,” she said of her race documentaries in particular. “This is about digging into the uncomfortable, and sometimes painful, conversations with the people we’re profiling.”

In other words, this keynote will challenge us to shine a light on what we need to tackle in the educational arena — and inspire us to understand our vital role in creating new worlds and new results.