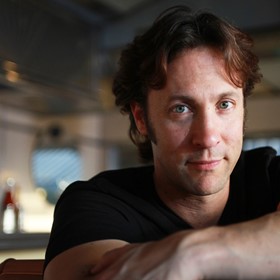 Neuroscientist and author David Eagleman doesn’t waver in his belief that creativity can be taught. Just the opposite. He says creativity is the most important thing we derive from education because it provides the courage and the skill set to solve new problems.

“Creativity is a skill that needs to be practiced in school and often that’s not given to students. They go on to graduate without the skills they need to make it in a brave new world that’s changing rapidly,” says Eagleman.

Eagleman, the keynote speaker at ISTE 2018, is a professor, inventor and author of four books, including The Runaway Species: How Human Creativity Remakes the World and The Brain: The Story of You.

Technology allows children to take in more knowledge than ever before, he says. “The world is changing rapidly because we have 8 billion brains running around, all resting on what other brains have already done.”

Helping learners tap into creativity requires debunking some oft-repeated brain science myths. Like that we only use 10 percent of our brains. Or that humans are left- or right-brain dominant.

Both are false and hinder educators’ ability to reach today’s learners.

The first myth gives the impression that we can access more of our brains when in fact the brain is active all the time. “Even during sleep, it’s constantly screaming with activity. It’s putting together what you’ve experienced and generating hypotheses,” Eagleman explains.

As to the left-brain, right-brain myth. “It was an interesting idea but it’s not accepted now. Both sides of the brain are actually extremely similar to one another.”

And it’s what we’ve learned from neuroscience recently that’s important in today’s classrooms. So what do teachers need to know?

“The main thing is that brains take in information and mash it up and generate new versions of things. Everything they take in they bend and break and blend with other things that were taken in before and that’s the basis of creativity,” Eagleman says.

It’s also what separates us from computers. Put something into a computer and you’ll get the same thing back years later. Brains don’t behave that way.

“They mix it up and generate thousands of new versions. That’s what led our species to take over every corner of the planet. We envision the future and we work our way toward that. As a result, human progress exponentially increases,” Eagleman says.

Back in the classroom, the important thing is to get away from how earlier generations (including ours) were taught. “We need to teach cognitive flexibility rather than a particular set of skills that our forefathers took on in their lives.’

Cognitive flexibility is being able to take in information and do all of that bending, breaking and blending. It’s the opposite of learning by rote. Instead, it’s coming across a brand new problem that no one has ever come across before and figuring out what to do.

He points out that this approach is common in art classes (in schools where the arts still exist) where students learn, say, the styles of the old masters and then create their own pieces. But progress in the arts and in science use the same cognitive software. “Somehow in science class we’re not being taught the artistic approach to this. It’s the same thing happening under the hood whether your confronting something in art or in science,” Eagleman points out.

And learners who don’t have exposure to creation? “It has consequences over a lifetime as far as what gets produced by kids coming out of those schools.”

None of this is just one of Eagleman’s theories. When learners are given the opportunity to create, it helps in the development of everything that comes next.

“It’s very clear. It’s not a hypothesis. We can measurably see the increase in innovation that’s happening with our species,” Eagleman says. “The point is that now kids are open to 8 billion brains-worth of innovation and they can absorb a much bigger world than we were capable of when we grew up.”