Show students all the possibilities 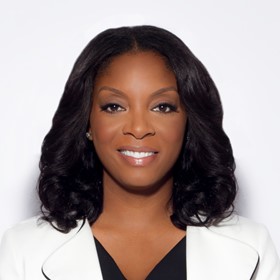 Nadia Lopez went to college to become a nurse. But things change, and she instead worked in the private sector for Verizon before becoming an educator.

It was that somewhat twisty path that she says helped her develop a holistic approach to how she sees the world – for herself and for students. Today, Lopez, an education leader and founder of  Mott Hall Bridges Academy in New York, says her goal is to broaden children’s horizons and show them what possibilities look like.

“To do that, I have to step out of my comfort zone and give them access to individuals, organizations and curriculum to break the glass ceiling of what they can’t do,” said Lopez, a keynote speaker at ISTE 2018.

And she encourages all educators to do the same. Broaden their contacts beyond the education industry, visit spaces you think would excite students, engage in inquiry with community members and partner with private industry.

Take these steps and you’ll not only build your professional portfolio, you’ll begin to understand what your students – or scholars, as Lopez calls them – need to succeed in the big wide world.

“Calling them scholars gives them self-respect in terms of owning their own power as learners. And it tells those who associate with them to respect them as someone who’s there to learn,” Lopez says. “I want them to know that learning happens everywhere and that they are lifelong learners so they understand they are scholars every day and that it’s not limited to being in the school building.”

Lopez walks the talk. Students at Mott Hall Bridges Academy are connected outside of their Brooklyn campus. They’ve visited Harvard and participated in classes. Some attended a diversity program through the S&P 500. Others went to a makerspace in their community.

The responses from the scholars following these experiences are priceless. After visiting Harvard, students realized they were familiar with the course information, telling Lopez, “I knew the work, it wasn’t that hard.” At S&P, they were able to connect specific companies to the general idea of Wall Street, and they realized there were people just like them working in these companies.

“They have a misconception about what college is, and it’s a sort of unveiling for them. At S&P they saw that these companies are places they belong. They didn’t realize that,” Lopez says.

These larger connections. The ability to see themselves in all sorts of settings. That’s what today’s students need to face their futures.

“The question for us is, what are we teaching kids to become? In a progressive society, why are we still teaching them within a conventional system?”

After all, the search for solutions for today’s scholars requires many audiences and spans many industries.

“Educators have to be innovative and recognize that there are so many global issues – poverty, racism, lack of equality – and that by connecting schools, companies and the community, we can come together to create viable solutions,” Lopez says. “We all, at some point, impact one another.”

That sense of interconnectedness led Lopez to create a summer program last year that took a deep dive into social justice issues. Middle school students used the TED Talks format they had learned about as a framework to talk about what injustice looks like for them and to propose how they would change things.

“They went to TED, learned how to do talks and ended up presenting. They came to understand their ideas, and their voices were very powerful. They discovered how to articulate themselves in a way that captivates people and inspires them to make a difference,” Lopez says.

Don’t miss Nadia's Wednesday afternoon keynote at ISTE 2018. Immediately following the keynote, Nadia will sign copies of her book The Bridget to Brilliance: How One Woman and One Community are Inspiring the World.