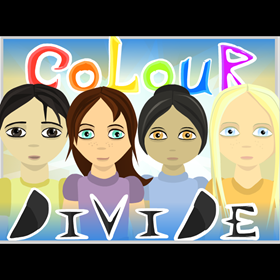 Six years ago, a 12-year-old sat frustrated in front of her laptop and decided that she could not animate.
Three years later, she stopped caring and did it anyway.

Hi, that’s me – 18 years old now and fresh out of my final high school exams. Time for me to enter the big wide world of adulting. But there’s one thing I know I’ll never truly grow out of – and that’s Scratch.

Scratch is a graphical programming language and online community created by the Lifelong Kindergarten group at the MIT Media Lab.

I’ve been a Scratcher since I was 10, and I can’t even begin to count the ways that working with Scratch and interacting with its wonderful online community have shaped me as a person. And the most amazing important thing I’ve learned along the way? To make wildly stupid creative decisions.

For example, deciding to start programming an animated series when I’d never done anything like it before in my life was a really dumb move – and I absolutely don’t regret it for a second. So, this is the story of how that happened.

My series is called The Colour Divide. It’s a fantasy story about two young girls who don’t fit the mold their society has laid out for them, and so they venture out into the unknown beyond their city’s walls. As of now, it has three episodes completed, about 28 minutes all together.

I couldn’t have done it alone. I didn’t do it alone. Actually, I think you’d have to try really hard to avoid anyone else’s input, feedback and encouragement in the Scratch community. Scratch is a nurturing space for young collaborators, and I was quite swept off my feet by it.

I think there sometimes comes a point where you’re so inspired to make something, you sort of forget that you don’t actually know how to do it.

I was fifteen. I was shy. I struggled to talk to new people, to say what I really wanted to say. So, I found other ways to express myself – with technology. With Scratch. Up until then, I had just used the platform to make my own little games and projects for school – but it was when I started to get more actively involved in the online community that Colour Divide was born.

It started with an RPG. That is, a role-playing game: one of the many activities that have grown popular on Scratch that don’t directly relate to programming. Scratchers will create characters and role play together via comments. I was a long-time RPG lurker: watching these amazing story collaborations unfold in front of me, but not yet brave enough to join in. Until I was invited to one with a premise I couldn’t resist: ‘The Color Divide RPG.'

Welcome to Aurora, land of color and magic.
Here, at age 12, every child must take the Test. The Test determines if they are strong enough to get a color. The color shows the strength of their magical talent. Red is the least talented, Violet the most.

Those who can't get a color are banished from Aurora.
What will happen to you?

I joined the RPG.

There were just five of us to start. A month later, and we had the beginnings of an exciting story. In the process of collaborating on this, I had accidentally made friends with four other people who I had never met. I was so excited whenever I got the notification that one of them had added more to the story!

One night, when I closed my eyes to sleep, I saw the faces of our characters, and their world.

I knew what I needed to do.

I think there sometimes comes a point where you’re so inspired to make something, you sort of forget that you don’t actually know how to do it, exactly. I was just lucky that this happened to me during school holidays, so I could spend a solid three days glued to my computer screen. But, most importantly: over the years, I had grown comfortable enough working in Scratch to be able to throw caution to the wind and just try. I finally let go of my tightly held conviction that I had to get it right or don’t bother trying at all.

I’m not sure I fully realized I was actually animating at first. It just became a problem to be solved. I knew how to code; I knew how to draw. Put these things together in the right way, debug, rinse and repeat, and suddenly things are moving on the screen. It was exhilarating.

The finished product was the Colour Divide RPG Trailer: a short animation showing snippets of the story we had role-played so far. It was meant as a way for me to get these images from my head out there, a fun thing for us in the RPG to enjoy, and something to encourage new people to join in.

I was overwhelmed by the response.

The trailer was selected to be featured on Scratch’s front page! I’m pretty sure my dad thought I was dying or something from the shriek I gave when I found out.

Scratchers are a real kind bunch. I think it might have something to do with the fact that to be a Scratcher, you need to become more than just a passive consumer. We make our own projects, and so we understand the effort it takes. This makes us more likely to be generous with our compliments and constructive with our criticism.
I will be forever grateful for all the encouraging comments I received. They are the reason I was even able to consider doing what I did next – start animating the series.

Many months and lessons learned later, I have a body of work I can be proud of. Sure, I’ll cringe at the embarrassing technical blunders I made at the beginning of this journey – good gracious,what even are those walk cycles in episode one?! – but still, I’m proud. Because Colour Divide was the wildest, stupidest creative decision I’ve ever made.

And I don’t regret it for a second.

Taryn Basel is a South African teen who spends a lot of the time in front of the computer.

Many students love music and dance, and research indicates that learning through music and structured movement is good educational practice. Whether you teach coding or another discipline, you can use your students'…