Minecraft explained by the experts (kids) 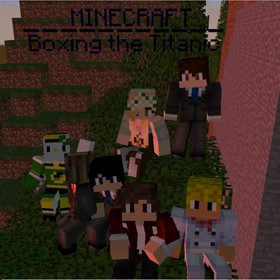 Many teachers and parents have heard of the educational benefits of Minecraft and would like to learn more or even start playing. But it can be intimidating to get started when our children know so much more about the game than us "noobs" (people new to a game).

Minecraft vernacular can seem like a foreign language to the uninitiated. But words like mods, skins and PVP are now common in our children's vocabulary.

Fear not! This is actually a good thing. My advice is to embrace your students' knowledge and let them teach you. Recently, I challenged my fifth graders to teach me something in Minecraft and explain why it’s important. Here is what they came up with:

What is a mod?

A mod is a modification that changes or adds to the code of a game. For example, I have the Mo' Bends Mod, which makes characters look more animated as it creates elbow and knee joints that add flexibility and realism. Basically, the mod adds in elements to your old Minecraft world and makes it more entertaining.

Teachers need to know about mods because they can add concepts into the game that will enhance their lessons. For instance, mods like Q-Craft can give your blocks quantum properties, which are a good examples for teaching quantum physics. In our fifth grade class, we used the Galacticraft mod to learn about space and gravity. In Galacticraft, we went to Mars. We demonstrated how gravity is different on Mars than on Earth or the moon. The best part about mods is you can make a mod for almost anything by coding in Java.

What are Minecraft skins?

A fun way to customize your game is by getting skins. A Minecraft skin is how your character looks in the game. It's fun for girls who like shopping because you can be a fashion designer and create your own skins on Minecraftskins.com.

Skins are helpful in our class because they create the wardrobe for our characters. In our movie, Boxing the Titanic, we use skins to look like people in 1912. Watch the movie so you can see how much the skins help.

What are gaming servers?

Gaming servers are public servers that allow players from all over the globe to access and play minigames with each other. Minigames include familiar games like capture the flag as well as more bizarre minigames like Spleef, where you dig up the floor beneath your opponent, which is really intense.

Getting on the server is simple. All you have to do is go to the multiplayer tab on the opening screen of Minecraft, click on "add server" and type in a server address. You can find different server addresses online.

Teachers should know about gaming servers because they can make their own unique versions of games to teach a specific skill. With minigames you can gamify math skills like multiplication, addition, division and even equations for learning area or volume.

Gaming servers are interactive. Hypixel is one of our favorite servers. We also recommend Bomb Lobbers by Mineplex.

What are texture packs?

PVP stands for player vs. player. It is used when players fight against each other. They can use swords, bows, armor and shields to battle to the death. PVP helps us to become good fighters. Teachers can use PVP as a reward after a long day of hard work. Teachers can have students make a PVP arena using math.

Some people think PVP is too violent, but we don't agree. When you die in Minecraft you explode into stars in a cute way and respawn back at your spawn point or a bed. When they hit you, you just bounce and there is no blood. You can also have fun without gore. Minecraft has taught us to enjoy school.

Jim Pike is a fifth grade teacher at Albert Einstein Academy of Beverly Hills and the director of game-based learning at CodeREV Kids Learning Centers. He has written the Common Core Math curriculum “MathCraft” and is one of the founders of the MathCraftPLC, where he conducts live Minecraft teacher camps. When he's not in the classroom, he is playing with his kids or playing ice hockey.