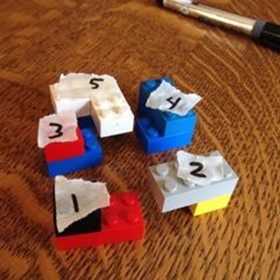 As 3D printers increasingly find roles in schools, libraries and even homes, it is vital that educators provide challenging and meaningful projects. School administrators, trustees, superintendents and parents will not be impressed by an iPhone case downloaded from the internet to roll off the expensive new 3D printer. Instead, educators should encourage students to use these printers to create original designs that are more than just tchotchkes.

Projects that allow students to create something “bigger” than the design itself are the most appealing. The 3D printer then becomes a tool that enables students to craft works they would otherwise be incapable of producing.

One such project is designing a 3D-printed puzzle. The students create the models for the pieces. Once printed in 3D, the pieces provide the additional challenge of trying to solve the puzzle. This project is compelling because it teaches multiple skills, including 3D modeling, 3D printing technology and design, which involves collaboration, reconciling a physical design with its digital equivalent, and visual and physical problem solving.

Although this project can be completed by an individual student, it’s best done in small groups because it’s ripe for collaboration. Each student in the group can be responsible for designing and printing an individual piece that must fit with the others to complete the puzzle.

1. Begin by distributing a collection of Lego bricks. For the first puzzle, I suggest using 2x2, 2x3 and 2x4 bricks because it reduces the number of pieces needed to complete a puzzle and simplifies the designs. They can always iterate and include smaller or less typical pieces on their next puzzles.

2. The group should assemble a maximum of two or three Legos to build each puzzle piece.  There might be four or five puzzle pieces in the first puzzle the students design. For the first iteration, have students construct a puzzle that, when solved, forms a cube or a rectangular, smooth-faced solid.

3. Number each puzzle piece with a small piece of masking tape. Affix the tape to the same side of each piece. This way you know which way is “up” so you can recall how to solve the puzzle.

4. Divide the Lego puzzle pieces among the group members and open the Blokify app on the iPad.

5. Re-create your Lego pieces in the Blokify app. Each peg on the Lego equals one block in Blokify. A 2x2 Lego brick would be a single-layer 2x2 “square” in Blokify.

6. You want to avoid any overhangs in your Lego puzzle pieces. Overhangs will not work because there is nothing to support the filament as it is extruded by the 3D printer. The filament will droop and the puzzle piece will not fit flush to the other pieces on that face. You could specify supports in the slicing software, but this is an unnecessary waste of plastic and time. If your pieces have overhangs, simply rotate the Lego piece until there are no overhangs.

7. Once your Blokify model is complete, the other members of the group should verify its accuracy by comparing it to the Lego puzzle piece. Make sure one peg on the Lego corresponds to one brick in the Blokify model.

8. Once you are confident the piece is correctly modeled, tap on the menu in the upper left corner of Blokify. Select 3D Print, then select Email to Me. Make sure you name the model in the email subject line to specify which puzzle piece is attached to the email message and who the creator is, if applicable.

9. Load the file into the slicing software. You may have to move the model to the center of the build plate to see it in the software.

10. When you slice the model, one shell and 15 percent infill should be sufficient. You can experiment with less infill, but you want enough to support the long runs of filament on the tops of the puzzle pieces.

12. Use your Lego prototype to help you solve the puzzle once all the pieces are printed.

13. Trade puzzles with another group and see if you can solve one another’s puzzles!

Projects like this elevate your 3D printer from a producer of other people’s designs to a creator of student work. The puzzles are difficult to solve. The basic design has much room to grow or remix. Finally, the technology permits all students to print their own copies of the puzzle, instead of one person leaving with your Lego bricks.

Josh Burker is the author of The Invent To Learn Guide to Fun, a collection of clever classroom-tested "maker" projects for learners of all ages. He helps people construct unique and compelling expressions of their creativity using technology and crafting. He has worked with technology in schools since 1998, and he holds a master’s degree in educational technology from Pepperdine University.