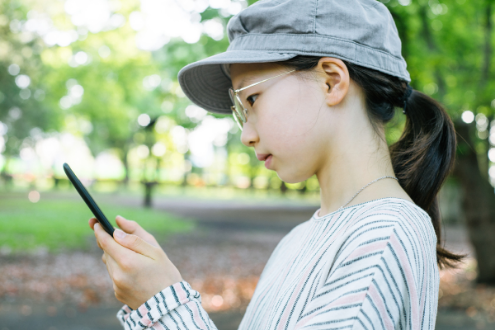 Even as a die-hard science geek, molecular biologist Melanie Peffer found her science classes painfully boring. It wasn’t until she started engaging in authentic scientific inquiry in real-world labs that she realized science is actually nothing like what she learned in school.

Real-world science is dynamic, she discovered. It’s messy. And above all, it’s a verb — something you do.

Yet too many students have come to view science as a noun, or something they can passively learn about by listening to the teacher, following the lab recipe or reading a textbook.

Experts agree that authentic STEM learning experiences are the key to engaging students in science while teaching them critical skills like scientific reasoning. But delivering these types of experiences can be tough for teachers, who may not have the time or support to partner with scientists or design real-world projects from scratch.

Fortunately, the growing citizen science movement makes it easier than ever to get students involved in real-world scientific inquiry.

As scientists struggle to analyze the mounds of data they’ve collected on everything from the Earth’s biosphere to distant galaxies, they’re increasingly calling on the public for help. Everyday citizens can now participate in thousands of real-world science projects by observing the world around them, collecting data on their smartphones or scouring digital images for interesting phenomena. It’s something anyone can do — including students.

“Citizen science is a great way to teach authentic, real-world science — and to address the science practices of the Next Generation Science Standards,” says Jill Nugent, associate dean of STEM science at Southern New Hampshire University. “There’s that light bulb that goes off when they find out science isn’t just in a textbook, and scientists don’t know everything there is to know.”

When students engage in citizen science, they get to collaborate with professional scientists on real-world projects while getting an inside look at how science really works. And the best part is, these projects are easy to find and often simple to implement in the classroom. Here are some resources for getting started:

When astronomers asked the public to help spot space warps, or gravitational lenses that magnify distant galaxies, the response far exceeded their expectations. Discover the impact students can have — and the exciting discoveries they can help make — when they collaborate with real-world scientists in the post, Can K-12 Students Really Do Citizen Science?

2. Citizen science projects for every classroom

Ready to bring citizen science into the classroom? SciStarter makes it easy to get started. This searchable database of more than 1,500 vetted citizen science projects helps connect teachers with projects that align with their learning objectives. Search by location, subject, age range and type of activity to find a project that meets your needs. Find out more in the post, Turn Students Into Real-World Science Collaborators.

Could one of your students be the first to discover Planet 9, the hidden planet scientists believe might be lurking at the edge of our solar system? NASA scientists need eyeballs to scour images of space for brown dwarfs and other anomalies in Earth’s backyard. Find out how your classroom can join the hunt for the elusive Planet 9 in the post, Students Can Explore the Solor System's Outer Limits With NASA.

Engage kids in STEM by turning one of their natural pastimes into a real-world science activity. With NASA’s GLOBE Observer program, cloud gazing becomes an opportunity to collect observational data that helps scientists better understand the Earth’s climate. Students can add observations about the clouds they spot, or mine the scientific data for their own classroom projects. Learn more in the post, Turn Cloud Gazing Into a Real-World Science Project.

For educators seeking new ways to get kids excited about science, auroras — almost mystical in their appeal — offer a cross-disciplinary entry point that spans the humanities as well as physics, chemistry, astronomy and technology. Staff from NASA’s Space Science Education Consortium, which includes ISTE and other organizations, is working with teachers in Alaska to create lesson plans and classroom activities that incorporate seeing and reporting auroras through the Aurorasaurus citizen science project. Read all about it in the post, Students Can Help Scientists Study Space Weather.

As citizen scientists, students aren’t just encouraged to think about the problem — they’re empowered to do something about it. Mosquito Habitat Mapper, a NASA-sponsored citizen science project, invites teachers and students to scout their communities for places mosquitoes are likely to breed. By reporting potential habitats through NASA’s GLOBE Observer app, they can contribute valuable data that, along with satellite observations, helps scientists forecast the risk of mosquito-borne diseases. Discover how you can get involved in the post, NASA Wants Students To Help Predict Real-World Disease Outbreaks.

7. Students can use their phones to help NASA

The smartphones we use in our daily lives have extraordinary scientific potential and offer intriguing possibilities for students, such as the ability to measure the difference in Earth's gravity at different latitudes. With the help of the Anecdata citizen science platform, the Earth Rotation Detector project aims to determine if cellphone readings can do the same job as expensive, sophisticated scientific instruments. Find out more in the post, Students Can Do Citizen Science on Their Smartphones.

For teachers who are eager to deliver real-world science experiences, citizen science can provide an easy entry point. Not only do students get to see science as something they can do rather than simply learn about, but they also get to make real and valuable contributions to our growing body of knowledge about the world.

Nicole Krueger is a freelance writer and journalist with a passion for finding out what makes learners tick. This is an updated version of a post that originally published on Sept. 18, 2018.