NASA Program Brings Space Exploration Down to Earth for Students 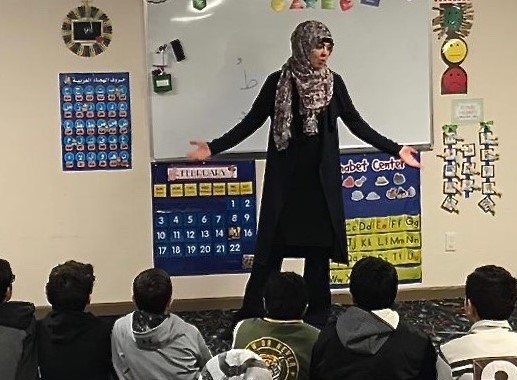 Do you want your students to learn about NASA’s plans to return to the moon or its efforts to find extraterrestrial life? Or how scientists plan to grow food on extended space missions or the latest exploration of the edge of the solar system?

NASA has an army of volunteers who are eager to share what they know about the agency’s exploration of space and Earth. They’re part of NASA’s Solar System Ambassador Program, which has more 1,000 volunteers across the country who do presentations on NASA-related topics.

“The goal of this program is to share the story of NASA with communities all over the country. We serve U.S. taxpayers and we want them to know what NASA's doing,” said Kay Ferrari, NASA’s outreach project manager for Solar System Ambassadors. “And we're trying to reach people who maybe would not actively set out to learn about it.”

Some of those people are probably K-12 students. Teachers can arrange a presentation by visiting the Solar System Ambassadors website and clicking on the map to see where volunteers are located. If there’s an ambassador in the area, teachers can email them directly. If there are no local ambassadors, educators can reach out to any ambassador nationwide via email about doing a presentation on Skype.

The website also has a short bio of each ambassador and a list of their past presentations. There’s also a calendar of upcoming presentations.

Goal is to ignite interest in science

But the ambassadors aren’t limited to just these topics. They also host star parties and moon-watching sessions, talk the effects of space travel on humans and mark the anniversaries of landmark NASA missions.

The program aims to educate the public about what NASA is doing. And in doing so, maybe ignite someone’s interest in science or space exploration.

Richard Stember, an ambassador in Southern California, takes his own telescope to schools to give students a glimpse into space.

“I think we can inspire students to study a little bit harder, to take that science class they maybe wouldn’t have taken otherwise,” he says in a video on the Solar System Ambassadors website.

“If there was just one student who became a scientist, I would be so honored that I played a very small role.”

Ferrari has actually seen that play out.

“We've been around long enough that we're starting to see the results of our volunteers going out in communities,” she said. “An ambassador yesterday was telling me about a girl that she has been mentoring who just finished her Ph.D. and who is going to be working at [Jet Propulsion Laboratory] on the Mars 2020 Rover.”

Another student who was inspired by a NASA employee as a child became an ambassador himself as an adult and was recently recognized for his service by NASA. “I’m sure there a lot of people who are inspired by our speakers but they will never know it,” Ferrari said. 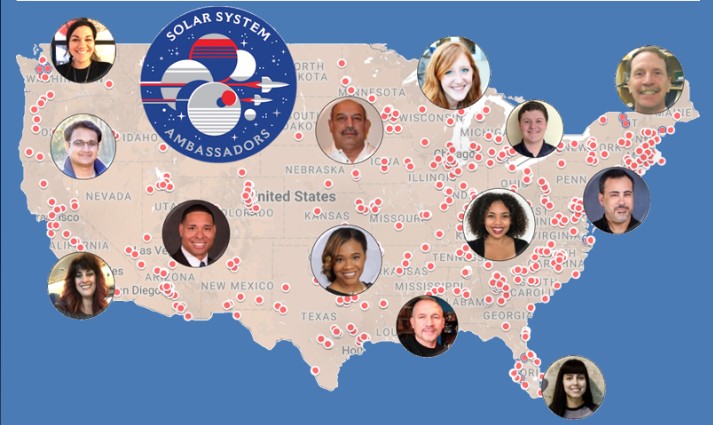 In schools, there are presentations for every level, from PK through higher education.

Each year, NASA accepts applications from anyone who is interested in becoming an ambassador. As the program has grown, the selection process has become more rigorous.

“We look for people who are active in their communities,” she said. “They come from all over, but the one thing they have in common is that they are die-hard space enthusiasts.

“If you are a teacher or a space enthusiast or if you're the person who is known as the space geek in your community, you’re probably what we're looking for.”

NASA provides training and briefings on topics that the ambassadors present to an audience. During briefings, mission scientists, engineers and other project team members review the material with the volunteers and answer questions. Ambassadors can use slide presentations prepared by NASA but that’s not required. There’s plenty of leeway in how the information is presented.

“It’s very difficult to tell people, ‘You're going to do this, this and this, because it would work in one place and it wouldn't work in another,” Ferrari said. “We’ve adopted the attitude that we’re going to give you the information about the mission and you find a way to deliver it because you know what works best in your community.”

Jerry Fingal is a freelance writer who focuses on education, business and finance.