Students can use smartphones to measure quietude 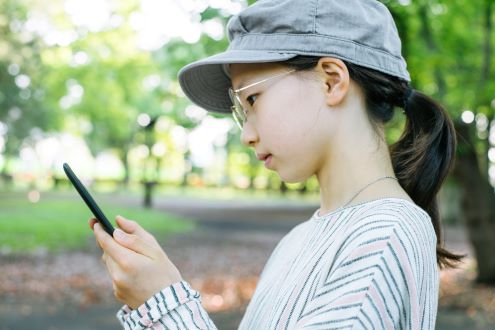 Sten Odenwald wants to find a little peace and quiet. And he wants you to help him.

Odenwald, the director of citizen science for NASA, has started a project called Silent Earth, which asks volunteers – including students – to take sound readings with their smartphones at places they think are particularly quiet. The volunteers take measurements on the Anecdata citizen science platform, which assembles the quiet spots on a map. Eventually, Odenwald hopes to have a global map of quietude.

“I would love to have thousands of people out there making measurements in their neighborhoods,” he said. “Or if they travel to the Sahara Desert or other places like that where you'd expect it to be really quiet, you just whip out the phone and press the button to take a measurement.

“It's as easy as that. There's nothing to think about. You just open the app. Push the button that says measure and it reports up immediately the measurements of your location.”

Odenwald launched the project in March 2019. By mid-May, 58 people had contributed 400 reports from as far away as India.

Silent Earth is one of several “citizen explorer” projects Odenwald has started that rely on crowdsourcing via smartphone. His Earth Rotation Detector measures gravity at different latitudes; Standing Waters Mapper seeks to create a map of fresh water sources in arid areas of the U.S.; Satellite Wrangler asks people to help catalog satellites using Google searches; and Sunlight Tracker seeks to show how noon sunlight changes at different latitudes during the year.
The projects were born from Odenwald’s interest in the different applications for the sensors on smartphones.

“Every time I work on a particular (smartphone) sensor I start thinking in terms of well, if you can measure things like pressure or temperature or acceleration or gravity, what's a fun, informal project you can imagine doing with that kind of thing,” Odenwald said.

He said the projects are all informal and curiosity-driven rather than formally scientific. Part of the goal is to introduce people to citizen science.

“My challenge is to come up with these informal projects that bring people into contact with the citizen science spirit where they're collecting data and putting it into a collaborative setting.”

Crowdsourcing opens up the possibility of getting sound readings from everywhere, including remote place, such as Sahara Desert or above the Arctic Circle, Odenwald said.

Users can report their observations, too

The Silent Earth project on the Anecdata app also allows participants to post photos of the quiet spots and their comments. Participants can also see a map of their own readings.

Comments help round out the audio snapshot of a location.

“People are reporting things like ‘At this sound level I'm starting to hear birds chirping and frogs and insects.’ And ‘At this level I don't hear any birds anymore but I hear distant traffic.’ That kind of raises a question of do birds tend to favor quiet places because they can be heard easier? It's a very simple question and I'm an astronomer, not a biologist, so I don't know if it’s a profound question. But for my own curiosity, it’s kind of an interesting question to ask.”

Odenwald said the project is well suited for school math and science activities because it involves collecting and plotting data. And since participants can track their readings, they can develop their own maps of quiet places.

Odenwald has a pretty good idea of the quiet places around where he lives in the Washington, D.C., area.

“Anytime I'm driving around and I’m in a quiet area, I’ll roll the window down, turn the car off and hang the smartphone out the window and make a measurement and make my comments. And so I've kind of mapped out a good portion of a northern, greater Washington, D.C., area to a high resolution.”

Jerry Fingal is a freelance writer and editor who covers education, finance, business and agriculture.

For students in Iqaluit, Nunavut – a fly-in community in Northern Canada – climate change isn’t an abstract concept measured in degrees or inches. It’s a tangible reality, visible in the sinking pylons that support their homes and the changing landscape that makes traditional hunting grounds…

Sten Odenwald likes to get the public involved in citizen science projects by using one of the most common objects – a smartphone. That's because Odenwald, the director of citizen…