Tap Into Dual Coding — or Sketchnoting — To Boost Comprehension 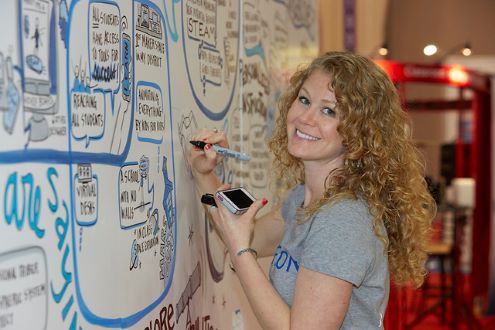 In the fast-paced field of education and educational technology, sometimes it feels like if we don’t keep up with the pack on the latest strategies and technologies, we’ll get left so far behind that we might never catch the leaders. In those moments, remember that just because a strategy has been around for a while, doesn’t mean it has lost its value or just won’t work.

Here is my story:

I teach high school mythology. In my class were two juniors who hated learning about Tolkien's The Hobbit. Every day, they treated me to “This is so dumb” and “I hate this!” Until one morning I replied, “We know. Everybody knows. It’s dumb. You hate it. We KNOW.” I realized right then that those two juniors were making me dread the class period of my favorite subject. I could only imagine the effect they were having on the rest of the class. Furthermore, if they were so miserable that they made us miserable, then I had failed because they weren’t learning. These girls were “A” students and were not making an “A” in my class, which added to their frustration. Something drastic was needed and soon, so I began to seek out a strategy in earnest.

I had previously listened to the Cult of Pedagogy podcast by Jennifer Gonzales where she interviewed Yana Weinstein and Megan Smith from the Learning Scientists in which they share several strategies outlined in their website. They discussed dual coding, retrieval practice, spacing, interleaving, elaboration and concrete examples. My attention focused on dual coding.

The current sketchnotes movement, or visual note-taking, as portrayed on social media caught my attention early on as I thought about how it incorporates Allan Paivio’s theory of dual coding, which suggests that humans process information in more than one way, like using audio and visuals, or both visual and verbal forms. Tapping into dual coding for learning means we can have students combine a picture, visual or doodle WITH text that ties our content to that visual, giving our students' brains two ways to learn the content. However, sketchnoting can be hard for beginners —  a problem that can be solved by using a template in the form of a graphic organizer. 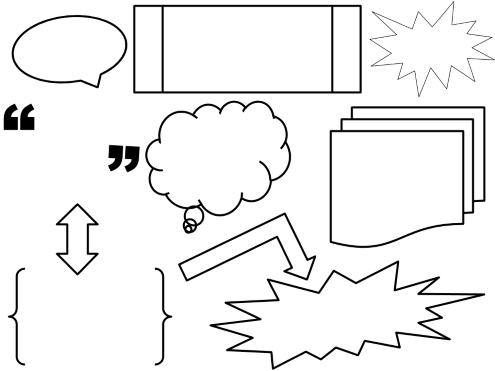 Dual coding in my classroom

Before going 1:1 in my classroom, I created graphic organizers myself and made copies for students. My first sketchnotes graphic organizer took only a few seconds to make using Google Drawings. I added some callouts and shapes to create the graphic organizer and printed a few copies. Sounds like a worksheet? It is — just one that saved at least two students from hating mythology for the rest of the year.

As my class filed in one morning, I instructed them to grab a handout. I had markers in a cup next to the handouts, and right away several students were intrigued and some were downright excited. I explained dual coding to the class and how the images they drew to accompany the text did not have to be artistic or make sense to anyone but themselves. I encouraged using color, and then we reviewed the basics of taking notes. I spoke briefly about what I expected to see in those shapes, but they still had some liberty with the format. Before I started “The Hobbit: An Unexpected Journey, from where we left off the previous day, I reminded them to take notes inside, around and all over the page about the day’s content in a way that made sense to them.

Several students did not have a clear idea of how to take notes. This is a surmountable challenge by taking some time at the onset to make sure students know how to take notes that will meet your expectations.

Since we were watching a movie, I instructed them to listen for quotable moments that they could put inside the quotation marks and the speech bubble. The connecting arrow means the quote should then lead to a powerful moment. The students began to understand, and we were off and running with only a stumble or two.

As my students grew in confidence, they began to create their own graphic organizers. We also had Chromebooks become available as my district moved toward having a device for every student, so we spent a few minutes learning to use graphic design tools for our notes. At first, students just wanted to create their own templates but still use the Sharpies, colored pencils, and crayons.

This year we focused on creating the entire visual notes digitally using such tools as Google Drawings, Google Slides, Canva, Adobe Spark Post and Buncee. We discovered that it was generally easier to start with Google Docs or a word processor so that students could take notes quickly, and then make them visually appealing by converting to a more graphic design-oriented program. Once we were familiar with both the digital and analog note taking, I let students choose the one they were most comfortable with going forward.

What’s in it for me?

There are always some students who want to know what’s in it for them. Now, I am not a big fan of grading someone’s visual notes. Those are personal. I did, however, understand that in order to tap into the benefits of visual notetaking, students actually had to create the notes. So I decided on a course of action and announced it to the class. If they took notes, they could use those visual notes on the following day’s quiz over that section of the movie. 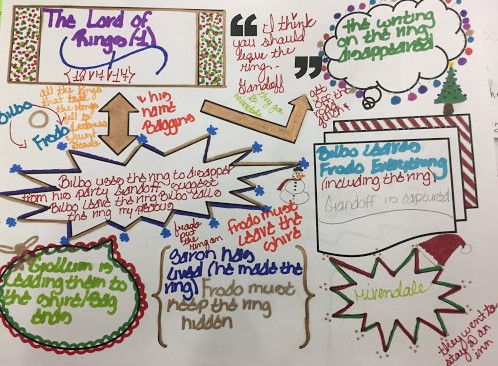 We were watching The Hobbit and a curious thing happened in addition to visual note taking:  Nobody tried to sleep!

It started slowly, but then the movement grew. A ripple effect of engagement. Students were asking me for character names, if could they borrow some Sharpies (they know I have a Sharpie obsession in pen and marker form) and could I pause the movie for just a second to explain something? I was happy to dole out character names, yes they could use my Sharpies, and I was happy to pause the movie and answer questions. After class, as they turned in their sketchnotes to me, several said things like, “Hey, that wasn’t like a vacuum.” (I don’t allow them to say sucks, but they can use that simile or others). One student said, “I didn’t sleep at all today! Look what I did!” And another student, quietly, told me that the storyline was actually kind of maybe not so boring. She might even like it now.

One student at the beginning of class had looked at the graphic organizer and did not like that I had not provide labeled sections for specific content. After class, that same student who wanted labeled sections handed hers to me proudly and recanted. “Mrs. Steinbrink, isn’t mine awesome?” I was very impressed, so my affirmation was very genuine. I asked if she still wanted section headings and she replied, “No, because my brain wanted me to do the relations between characters on this side, and the dragon quotes here, and then the main action on this side. If you label them, then that may not work for my brain.” Exactly. Inner self high five.

The success was not only tangible in the drastic change of attitudes among my two crankiest students. My two girls were digging into the visual note taking vigorously, and their grades, which had been suffering as soon as we began the Tolkien unit, now began to improve as drastically as their attitudes. But wait, there’s more! Before long, neither girl was using the notes on the assessments. When I inquired about this, one replied for the both of them, “We don’t need the notes because we know our stuff!” Know it they did. Both were back to A status after just a week of implementing the graphic organizers for visual note taking. And soon after that, the blank page, whether digital or analog, did not faze them. 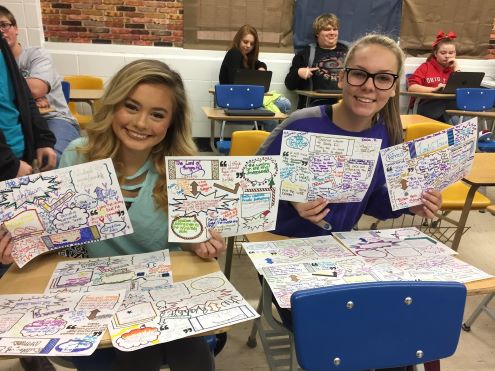 This post is an updated version of a post that originally published on June 14, 2019. It was written in collaboration with NarayanKripa Sundararajan (@KripaSundar), a learning sciences specialist.

This blog post is part of the Course of Mind project, an ISTE initiative made possible in part by a grant from the Chan Zuckerberg Initiative DAF, an advised fund of Silicon Valley Community Foundation. Tell us what you’ve learned and your story @courseofmind.

“Try a version of this idea?” asked Ann Blythe, a seventh grade science teacher and a colleague of mine.

She had discovered the Cult of Pedagogy’s…

Even without directly observing your classroom, I can guess that you use a version of retrieval practice with your students. Every educator does. Retrieval practice is essentially remembering information we have learned previously using only our brains — no notes, Google or textbooks. It could…