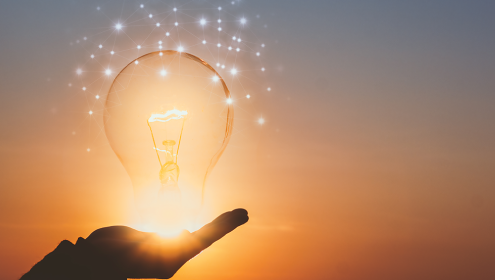 Most teachers saw a bunch of hooligans with behavioral problems. But Bijal Damani saw something different: a group of brilliant teenagers bursting with energy, trapped within the confines of the classroom.

“After talking to them, I realized they were simply restless because we were teaching them the wrong way,” says the former marketing manager, who left the corporate world to teach business at SN Kansagra School in Rajkot, Gujarat, India.

She made a proposal. Instead of learning business concepts from a book, students would experience them firsthand by running their own bazaar.

“It was kind of radical as far as the Indian education system was concerned,” she admits.

School leaders reluctantly green-lighted the project, dismissing it as a waste of time. Parents told her she should just stick to the book. With no support from her school community, Damani forged ahead, praying the project would at least break even.

In its first year, the three-day bazaar featured nearly 50 products and netted 8,000 rupees (the equivalent of $133). The so-called hooligans voted to donate their proceeds to local underprivileged kids. They also started paying attention in class, and their grades improved by up to 70 percent.

Thinking the project a “one-year wonder,” Damani dusted off her hands and moved on – until the following year, when a group of parents asked her to consider re-opening the bazaar, citing its positive impact on students.

As the Galaxy Bazaar became an annual tradition, it started to expand. Each year, students conducted market research and added new features, including a food zone, a game zone and a glam walk. They even started selling cars. Each year, profits grew exponentially, reaching $216,000 in 2018.

Now in its 14th year, the Galaxy Bazaar has been replicated by at least six other schools in the city, as well as several colleges in southern India. It has also become a case study for social entrepreneurship, earning recognition from organizations such as UNESCO and Forbes.

And it all happened because one teacher tried out an idea everyone thought was a waste of time.

When educators talk about transforming learning, they often envision sweeping reforms and districtwide initiatives. But these types of efforts tend to be costly, slow to implement and prone to stalling on the way down the ladder as they “become diverted, diluted, lose strength or get rejected as ineffective or erroneous,” says education researcher Peter Serdyukov.

If educators want to keep up with the accelerating pace of change in a technology-driven world, they need a new model for transformation – one that fosters a grassroots ecosystem of innovation in which teachers rapidly prototype, pilot and iterate small solutions that have the potential to grow into big changes.

“The only way to create sustainable change is to support the tiny ones,” says Michael Cohen, author of the book Educated by Design and an ISTE 2018 keynote speaker. “Let teachers feel important. Give them license to experiment and explore and put creative hats on to solve problems and create opportunities for students.”

Educators, like tech companies, need to operate in a state of perpetual beta, says Scott McLeod, an associate professor of educational leadership at the University of Colorado Denver.
“There should be a lot of iteration,” he says. “We often don’t view teacher resilience or organizational resilience as important. We try an idea, and if it doesn’t work, we’ll walk away rather than learning from it. I see that all the time. You get one shot, and either it works or it doesn’t.”

The iterative process, on the other hand, requires educators to examine why the idea didn’t pan out, make small tweaks and see if anything changes. Even if an idea never takes off, simply doing the work of iterating can yield instructional gold as teachers become experts at reflecting on their own practice.

Innovation has become such a broadly used term, it’s veering into buzzword territory. But what is it, really, and how do we know when we’ve gotten there?

“It’s hard to put into words my excitement when I saw the revamp of the ISTE Standards, which started to use the language around the role of being a designer – that design was part of their toolkit as a teacher,” Cohen says. “Educators are designers. They just need the vernacular. They need the descriptors to realize, ‘Oh, I already do this.’ ”

The standards can seem daunting at first, and the prospect of innovating can intimidate educators who are more comfortable with traditional teaching methods. But when they reframe innovation as a series of small steps toward solving a specific problem in the classroom, it becomes much more accessible.

“When you’re talking about any innovation, you have to start small,” Damani says. “I may not have any kind of say in policy or any say in administrative processes, but I do have a say in what happens in my class.”

The design formula is simple: Define a problem or goal, brainstorm solutions and choose one to try. Then test, measure, iterate and repeat. Rather than attempting ambitious, long-tailed efforts, educators should start off with smaller test samples and shorter timespans, Cohen says.

“You don’t need to spend a full year on something. Ninety days can give you a good snapshot of how successful it is.”

When educators prototype, pilot and iterate new ideas in the classroom, they’re not just improving their own practice. They’re also modeling the types behaviors they want to see in students, such as a willingness to take risks and the tenacity to push through failure.

Ultimately, “it’s about building the capacity of students to be more resilient and effective problem-solvers,” Cohen says.

One way to build that capacity is to tap students as innovation partners. When Burlington High School in Massachusetts implemented its 1:1 program, school leaders knew both teachers and students would need extra support as they sought creative ways to integrate the technology into their classrooms. The most efficient way to build tech capacity, they decided, was to bring students on board – so they created one of the first student-run “genius bars” in the U.S.

From experimenting with drones to using the visual coding software Processing as a tool for learning and prototyping, “they’ve taken things they’ve been interested in and come up with projects we’ve done in class that have spread throughout the school,” says instructional technology specialist LeRoy Wong.

“Help desk helped give me a space to work on some of my ideas,” adds senior Gati Aher, who headed a team that researched and developed a tech support chatbot as part of ISTE’s artificial intelligence (AI) chatbot pilot program. “As a student, I feel like if I can add something new to this conversation, then it’s not like a one-way street where teachers give the same lecture every
year.”

Creating a culture of innovation

Embracing the iterative design model enables both students and teachers to more fully embody their role as designers as they pilot small-scale solutions in the classroom. But in most schools, many barriers to innovation remain. From risk aversion to pushback from parents or education leaders, a school’s culture can quash new ideas before they have a chance to germinate.
So how can school leaders provide fertile ground for innovation?

The ISTE Standards for Education Leaders address this by emphasizing their role as systems designers and empowering leaders, responsible for building systems that continually improve the use of technology to support learning while creating a culture where teachers are empowered to innovate.

That doesn’t mean leaders can – or should – attempt to reshape their school’s culture all in one blow. Rather, by using the iterative model themselves, they can take incremental steps in the right direction, piloting programs such as innovation nights where teachers from across the school or district come together to share their successes, or innovation grants to help teachers get their ideas off the ground. They can also begin addressing some of the barriers to innovation within their school communities.

Take edtech procurement, for example. Overly slow or restrictive procurement processes often stand in the way of teacher innovation, hindering their ability to quickly acquire new tools. But some education leaders are rethinking the way they approach procurement in an effort to encourage more experimentation.

Rowan-Salisbury School District in North Carolina created an edtech playground in its central office, where teachers can try out the latest technology to get a feel for whether it might serve their students’ needs. Drawing inspiration from the ISTE Conference & Expo vendor floor, Chief Strategy Officer Andrew Smith designed the space to support experimentation and play in a low-stakes environment, while also guiding teachers toward a more strategic approach to technology.

“I think there’s a nice space where innovation, strategy and execution all live together,” he says. “Innovation for the sake of innovation – let’s do something cool – isn’t an effective practice. But when we have this cool thing that’s tied to a need we have, and we fully flesh it out, that’s where we get to successful innovation.”

As teachers step into their role as innovators, it’s also up to leaders to provide an avenue for scaling and spreading successful ideas. Tech coaches and other technology specialists, in particular, play a key role in cross-pollinating classrooms by sharing innovative practices from elsewhere in the school or district and helping teachers adapt them for their own use.

That sharing element is essential in helping great ideas grow from small-scale pilots into larger movements, which is why some of the most innovative educators also have the most robust professional learning networks. Not only can teachers lean on their networks for ideas and support, but they can also broadcast their successes for other educators to replicate. And as those successes build, they can use their collective voice to effect greater change.

“All the like-minded educators who have a certain vision and would like to change education from the inside out, we have to get together,” Damani says. “Nowadays, with the internet, geographical boundaries do not matter. So let’s all get together, and once we have proven something, we’ll have a better say when in dialogue with policymakers. We have to have a voice. We have to speak up.”
But above all, she adds, educators need to keep experimenting.

“If you think students will benefit from something, go ahead and do it. If you’re doing good, more and more people will join, and it will become a movement.

“The process is magical.”