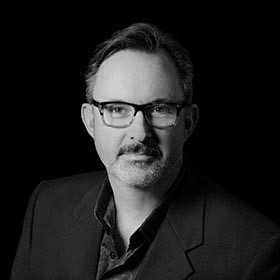 One thing we hear a lot about is how difficult it is to innovate within the education system. It's too big. Too entrenched in tradition. Too political. Too something or other.

Of course, we know that countless educators, including those in the ISTE community, are constantly moving the needle when it comes to innovation. They seem to embody a term we're hearing bandied about lately: " "successful disrupters." "

Popular author and past ISTE keynoter Malcolm Gladwell discussed this phenomenon at the World Business Forum several months ago when he identified the preconditions he believes make change possible. He noted that often, when we talk about change, we talk about technology, knowledge, resources and money. The idea being that change is only possible if we have each of the items on that list.

But what isn't discussed enough when it comes to preconditions for change, he says, is attitude: " "The kinds of attitudes that lie behind provocateurs," " as Gladwell put it, and as Inc.'s Jill Krasny further explained in an online post.

Gladwell noted that what makes people wildly successful, and by extension what changes the thinking and direction of a field or industry, are three things that all visionaries have in common. These traits tend to be shared by most underdogs who, in the long run, become the successful disrupters in their fields.

First, they are indifferent to what people say about them. " "They are what psychologists would call disagreeable — they do not require the approval of their peers in order to do what they think is correct," " Gladwell explains.

They also reframe the problems their industry faces. Rather than working within the confines of industry habits or traditions, they are people capable of active imagination. " "They begin reimagining their world by reframing the problem in a way no one had framed it before," " Gladwell notes.

Finally, successful disrupters, the real game changers according to Gladwell, remove constraints and are then set free by the lack of limitations. It's not about vision, insight, brains or resources. It's about what's in their hearts. It's about having the passion to see past the constraints that limit innovation.

Gladwell's insights made me think about Jim Collins' well-known book, " "Good to Great." " His research revealed a number of concepts that inform leaders across industries today. In particular, Collins' description of " "Level 5 Leadership" " created a new lens through which to understand effective leadership, as well as to reflect on our own efforts to lead, regardless of our profession or role.

Collins says these leaders " "have an almost stoic resolve to do absolutely whatever it takes to make the company great, channeling their ego needs away from themselves and into the larger goal of building a great company. It's not that Level 5 leaders have no ego or self-interest. Indeed, they are incredibly ambitious — but their ambition is first and foremost for the institution and its greatness, not for themselves." "

Collins emphasizes that Level 5 Leadership is " "the antithesis of egocentric celebrity." " He also notes that " "virtually everything our modern culture believes about the type of leadership required to transform our institutions is wrong. It is also dangerous. There is perhaps no more corrosive trend to the health of our organizations than the rise of the celebrity CEO, the rock-star leader whose deepest ambition is first and foremost self-centric." "

When I read Gladwell's comments and contemplate Collins' work, I can't help but think about how many ISTE members possess the positive traits they so aptly describe. Traits that are changing learning and teaching. Traits of successful disrupters and selfless leaders who are driven by a passion for student success.

How To Lead a School District in a Crisis