School Board Candidates: Don’t Be Intimidated by Parliamentary Procedure 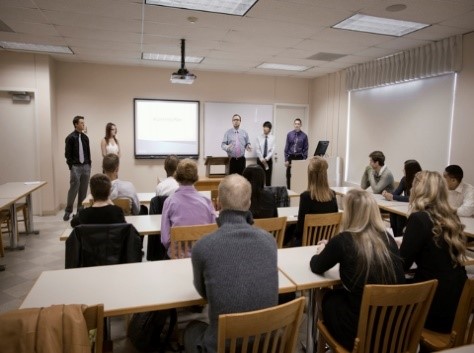 For readers long familiar with Robert’s Rules of Order, which is simply one form of parliamentary or legislative procedure, you may have forgotten how intimidating these processes can seem. “Parliamentary procedure” sounds like something British nobles are trained to know from birth. And Robert’s Rules of Order sounds like it could be enforced in court with severe penalties for infractions. (It is probably closer to the first but not at all like the second.)

In reality, parliamentary procedure is simply a way to hold consistent, effective meetings in which all participants know what role to play — even an intimidated new member after a short orientation.

The reason rules of order are likely associated with British government is the word “parliament.” While rules of order can be traced back to the first millennium, the modern system was originally formalized with Sir Thomas Smith’s published statement in the English House of Commons in 1583. Over a hundred years later, Lex Parliamentaria was published as a pocket manual for members of Parliament.

Some of the earliest elements from the late 1500s and early 1600s are still observed today:

Rules of order were brought over to America by colonists who used the guidelines to manage their own governance, and they were eventually codified into the U.S. governmental system with Thomas Jefferson’s A Manual of Parliamentary Procedure, published in 1801.

In parliamentary procedure, the organization is structured around members with a leader — usually a chair or president. During her session at MGS 2020, Professional Registered Parliamentarian Ann G. MacFarlane explained that the chair holds the responsibility for maintaining the process but is not the “leader” in the way we are used to from workplaces, school or the military. In the case of a voluntary association, such as a board, the leader or chair is a peer the group selects who has the same status as everyone else but with some additional responsibilities.

MacFarlane explained to MGS attendees during her session, “This is a fundamental democratic principle: that the group is the final authority.”

Boards also are not without resources in their work to hold effective and efficient meetings. In addition to the help of professional parliamentarians, a board can use portal software for ready access to bylaws, scripts for board actions and other necessary elements to keep a board in compliance with meeting procedures.

While it is not the only system in place, Robert’s Rules of Order is the gorilla in the room of parliamentary procedure for non-legislative entities. It was first published in 1876 by Henry M. Robert and is still under copyright by the Robert’s Rules Association.

According to the official Robert’s Rules website, also maintained by the association, Robert developed his famous document after a relatable experience: “Without warning he was asked to preside over a public meeting being held in a church in his community and realized that he did not know how. He tried anyway and his embarrassment was supreme.” After this event, which may seem familiar to many readers, Robert became determined to learn parliamentary law.

Robert’s Rules of Order is a dynamic document with regular updates. While that may not be a comfort to those just beginning to learn the procedures, in reality, updates are made to reflect changes in technology, culture and more. In September 2020, the 12th edition of the book, Robert’s Rules of Order Newly Revised, was released. It met new needs by adding guidance for electronic meetings, which had such a sudden increase in need and popularity due to COVID-19.

Robert’s Rules aren’t for everyone. MacFarlane noted in her session that, while the principles are sound, it’s “in some respects a terrible book. It’s too long, too complicated, and people often tend to ignore it,” which suggests why a popular version of the document is the In Brief edition. Indeed, the regular edition is 600 pages long — a big ask for individuals who may be serving on the school board in addition to full-time work and responsibilities at home.

The efficiency of parliamentary procedure for boards

The most important thing to keep in mind about parliamentary procedure? It’s well-intentioned. One of the key elements is to raise the quality of discussion above playground name-calling and off-topic meanderings, give all an opportunity to speak, and create an efficient path to decision-making — all worthy goals.

Board members, like everyone, have near-endless commitments and a limited amount of time to devote to service. It’s key that time is used effectively. Following standard meeting procedures and making use of board portal software to stay in compliance are shortcuts that will benefit the entire team.

Jennifer Rose Hale has over 20 years’ experience with digital and employee communications in for- and nonprofit environments, including managing large-scale website launches and redesigns, copywriting for Fortune 200 companies and identifying and using goals and analytics to measure online performance and project success. BoardDocs services are developed and marketed by Diligent, the market-leading board portal, allowing unparalleled board management with simplicity and functionality to mitigate risk and enable effective governance. Diligent’s intuitive functionality, industry-leading security, and customizable, collaborative features make it the choice of over 145,000 users worldwide.

The Role of Technology in School Board Governance

The Innovator Solutions section includes contributions from corporate sponsors and advertisers representing education organizations, businesses, policy-making bodies and other influencers dedicated to transforming education. This blog post was provided by      …

The Innovator Solutions section includes contributions from corporate sponsors and advertisers representing education organizations, businesses, policy-making bodies and other influencers dedicated to transforming education. This blog post was provided by     …