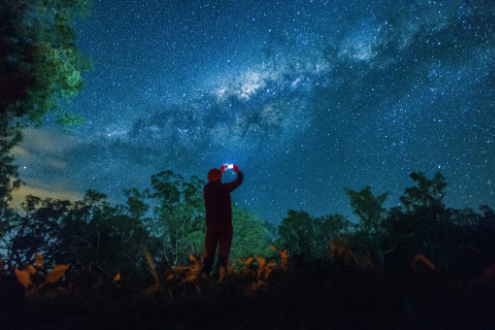 The projects include virtual and augmented reality explorations of NASA missions as well as information on robotics, coding, family science nights and citizen science.

Each project will be presented by a NASA expert and an ISTE educator and will feature a replicable lesson or learning activity that educators can use right away.

The projects will be presented simultaneously during 30-minute blocks and repeated two more times so that participants can attend three live sessions and watch recordings of the other three.

Here’s a look at the projects:

Explore a gamified AR/VR challenge for students that allows them to help get the canine, Maggie, to Mars.

Feeling Hot, Hot, Hot: Up Close With the Sun

Observe the sun through Parker Solar Probe and use Merge Cube to learn more about how NASA is studying the sun's Corona.

Learn how NASA's Family Science Night curriculum can be delivered virtually to get families to engage with space science. A sample exercise: What items would be essential if you were making a trip to the moon?

A Night Under the Stars

Contribute to NASA citizen science by learning how to take pictures with of the night sky with your smartphone and learn about the effects of light pollution on astronomy.

Robots Have Sensors, Too!

ISTE20 Live will also feature the soft launch of the new NASA STEAM PLN, a private Facebook group for NASA scientists and educators to collaborate and share ways to use educational technologies to help teach space science concepts and make NASA science accessible to all learners.

The NASA Playground is one of several that will be offered during the seven-day conference. Check out some of the other playgrounds: