5 visionary lessons from beyond the world of ed tech 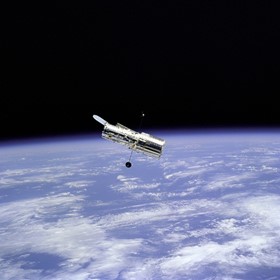 If education is to evolve to meet the needs of a digital world, we can't afford to keep drinking from the same pool of ideas. Technologies and innovations from beyond the realm of academia — 3D printers and video games, mobile devices and the maker movement — have already had a profound impact on educators.

What new ideas have we yet to glean from the cutting edge of other fields?

To help answer that question, ISTE has assembled five thought leaders from beyond the field of ed tech to deliver a series of EdTekTalks that will, hopefully, spark an idea, fertilize a dormant passion or connect a new dot in an educator's mind.

Here are five lessons to ponder from these unique individuals:

1. Making gives you control over your world.

" "By making, students gain control of their world. They can make it do the things they want it do to," " he said. " "It's such a powerful thing. I want to see a culture where people feel in control and have access to materials and tools that help them gain confidence and abilities and control." "

As the founder of Make magazine and the annual Maker Faire, Dougherty believes making things is more than just a trendy movement. It's what life is made of.

" "Make is a universal language for learning. We play, we make, we learn to make. It is life itself," " he said. " "We have to make decisions about how to solve problems on daily basis, come up with solutions. Investigation, experimentation, problem solving: That's the stuff of a rich life." "

2. When you impact your community, it changes you profoundly.

It's no wonder so many students feel disengaged from their learning when they spend their time grappling with academic problems that have no apparent relevance in their lives.

But ask them to apply their energy to a real-world problem with no clear solution, and you open them up to " "a culture of limitless possibility," said designer-activist Emily Pilloton, whose innovative design thinking curriculum inspired the groundbreaking documentary " "If You Build It." "

" "Hands-on education that results in visible, relevant projects initiated by students is hard to argue with and gives students the confidence and complex skills required to enter into adulthood, regardless of vocation," " Pilloton said on the TED blog.

" "If we integrate creativity and design, students have more ownership about what they can and will produce. And if we build in a social focus, the products of such an education can have a profound impact on both the students and the community." "

3. Even robots do better when they're allowed to make mistakes.

The darlings of the industrialized world, robots offer a level of perfection humans can only aspire to. Every movement is calculated and precise, every decision pre-programmed and based on solid logic.

Yet robotics researcher Guy Hoffman, co-director of the IDC Media Invention Lab, has found that robots interact better with humans when they're programmed to be less perfect. His work exploring the humanity of robots has been named one of TIME magazine's best inventions of the year.

" "Maybe robots need to be less like chess players and more like stage actors and musicians. Maybe they should be able to take chances and improvise," " he said in a TED Talk.

" "And maybe they should be able to anticipate what you're about to do. And maybe they need to be able to make mistakes and correct them, because in the end we are human. And maybe as humans, robots that are a little less than perfect are just perfect for us." "

When students feel creatively stuck, they're often told they need to " "think outside the box." " But it wasn't until pointillist painter Phil Hansen embraced the limitations of his own box — a shake in his hand caused by nerve damage — that he discovered his true creative potential.

" "Looking at limitations as a source of creativity changed the course of my life," " he said in a TED Talk. " "Now, when I run into a barrier or I find myself creatively stumped, I sometimes still struggle, but I continue to show up for the process and try to remind myself of the possibilities.

" "Because ultimately, most of what we do takes place here, inside the box, with limited resources. Learning to be creative within the confines of our limitations is the best hope we have to transform ourselves and, collectively, transform our world." "

When you're in the minority, it's easy to let self-doubt creep in. But the world needs innovation now more than ever, and we can't let each other give up on attempting to make the world a better place.

" "I've always been the only woman in management or on the executive level, and often the youngest," " Shaherose Charania said in Fast Company magazine, which named her one of the most influential women in technology.

Her passion for making a positive difference in the world inspired her to create Women 2.0, a media brand at the intersection of women, entrepreneurship and technology that's designed to foster the next generation of technology leaders.

" "When everybody is older and everybody is male, it's challenging. You develop a complex, and sometimes can't help but think, 'Am I good enough?'