Computer science returns to the limelight 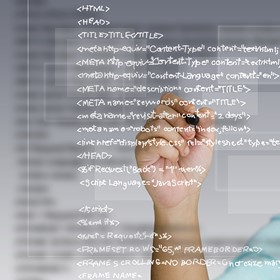 Teaching kids to code is not a new idea.

More than 30 years ago, mathematician and MIT Media Lab founder Seymour Papert proposed the daring idea that children would program computers. He showed that by programming a computer, children naturally learn powerful concepts in math — and it can change how they learn everything else. His book, Mindstorms: Children, Computers and Powerful Ideas, along with his work on the Logo programming language resulted in many schools teaching programming to students.

As ready-made computer applications entered classrooms, however, Papert's vision all but disappeared, despite the other educators and researchers who have continued his work (such as his student Mitchel Resnick of MIT Media Lab, creator of the visual programming language Scratch). When I started teaching 6th graders computer programming five years ago as a way to create art through code, it was considered highly unusual.

But the tide is shifting, and computer science in schools is now going through a revival, thanks to a confluence of factors such as advocacy and new resources from CSTA, ACM, MIT Media Lab, Computing in the Core, NSF's CS 10K Project, Code.org and many others. Today, programming is easily accepted as a required STEM class in our district, and computer science is returning to the education mainstream.

The last few years have been an exciting time for anyone connected with computer science education, and the change has been dramatic. When I presented my student work at the ISTE 2012 conference, my session was one of only four sessions labeled as " "computer science" " — a tiny speck among the 1,115 total sessions at the conference.

Just two years later at ISTE 2014, my presentations were among 79 other computer science sessions. Based on the attendance at these sessions, it is safe to say that there is a strong surge of interested in anything related to coding.

Computer science education is becoming increasingly accepted in our schools and is now a more integral part of the ed tech community. Today, the reasons to teach students to code seem to be more connected to the industry demand for programmers, or the need to understand our digital world. But K-12 educators may find it useful to also focus on Papert's reasons: Teach students computer programming to help them learn everything else.

Below are some computer science-related tweets from ISTE 2014. In them, ISTE attendees tell the story of their rising interest in computer science, providing evidence that educators are seeking out and learning from CS sessions at the ISTE conference.

Sheena Vaidyanathan is a computer science integration specialist in Los Altos, California. Visit her website and connect with her on Twitter via @Sheena1010.