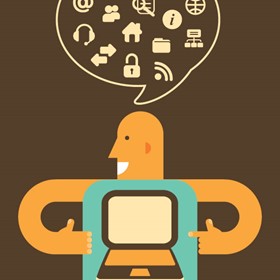 As the details of Federal Communications Commission Chairman Tom Wheeler's E-Rate modernization plan became public last week, we reached out to ISTE members to better understand how the proposal would affect individual school districts. After gathering information from district leaders, it has become clear that the chairman's proposal, as we understand it, will put significant financial strain on many districts, negatively impact parental communication, exacerbate digital inequities among schools and possibly weaken school safety measures.

First, the phase-out of E-Rate support for voice services as well as the elimination of web hosting and email will reduce many school district budgets by tens or hundreds of thousands of dollars. Web hosting and email are services districts simply cannot live without. As a result of losing E-Rate support, we've heard that some districts will have to make up the proposed funding cuts by laying off staff. Members have also raised concerns that communication with parents may be degraded and the security of student email and overall school safety could be compromised.

Second, the amount of funding many districts will be eligible to receive under the new Wi-Fi program will be significantly less than the level of support they would have otherwise received for voice, web hosting and email services. As a result, many district leaders have informed us that they won't have the institutional matching dollars for Wheeler's Wi-Fi initiative because any " "extra" " dollars they have will be directed toward shoring up the budget holes left by the cuts to voice, email and web hosting.

Finally, we have heard grave concerns from our members about the inequities of the proposed one-size-fits-all formula funding for the Wi-Fi initiative. This approach adversely impacts small and rural schools, as these communities, simply due to their size, are already working with fewer resources and rely heavily on support from the E-Rate program. In fact, the original intent for universal service was to ensure that rural and remote communities were connected.

Based on these consultations with and input from educators across the country, we issued a press statement highlighting in more detail our concerns about Commissioner Wheeler's proposal. We also submitted a petition to the FCC expressing the voices of 1,500 educators across the country in support of E-Rate modernization that includes an increase in funding to the oversubscribed, underfunded and highly successful E-Rate program.