3 strategies to build inclusion in your classroom 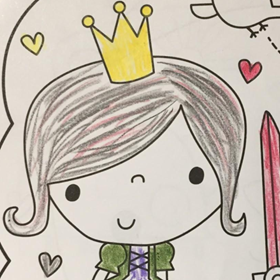 When students walk into our classrooms,  we see pieces of their identity — gender, skin color, physical ability. But most of their identity can’t be seen, such as their beliefs, perceptions and lived experiences. As educators, we want to them to feel safe and included and therefore, we need to create an environment where all students are free to be who they are. Here are three strategies to build a classroom culture of inclusion.

Educators are in the business of names. Our first interaction with our students is often the roll call when we attempt to pronounce their names for the first time. Like many people, I’ve always struggled to properly pronounce some names based on my exposure to them.

For example, actress Saoirse Ronan has an Irish name that was difficult for me to pronounce. Once she became a celebrity, her name became familiar and I learned it.

Let’s treat our students like celebrities and get familiar with their names. A strategy that I’ve used in my classroom is to hear their names for the first time from their own voices.

On the first day of school, I have my students write their names on a index card and list 10 things they know to be true on the back. Then I interview each student so I can hear their name and have a chance to practice it.

This also gives me a chance to  introduce myself one-on-one. Their list of 10 things serves  as a conversation starter and offers rich insights into who they are.

In the first few weeks of school, I have students pick different seats in the classroom to find one that suits their needs. I use this as an opportunity to show that I am actively learning their names because I use the index cards to set up the seating plan for the day.

When forming groups in class for activities, allowing students to self-select can lead to some students being excluded. You can build a culture of inclusion by using objects like Legos or playing cards to structure group formation. Give each student an object, and tell them they need to find others whose objects share a commonality. It could be the color of the Lego or that the number on the playing card is a multiple of two.

Another strategy is to use a Google Form to privately ask students who they would like to get to know better. Or have students select from a checklist of interests and group them accordingly.

Regardless of how the groups are formed, it is important to build connections by having the group complete an activity together. It could be as simple as creating a team name or as elaborate as building the tallest structure using marshmallows and spaghetti. It doesn’t need to be related to curricular content because the goal of this activity it to connect the students to each other and provide an entry point to build trust and collegiality.

I’m a science teacher and often when students come into my class they have an image of what a scientist looks like. On the first day of class, I have them draw this picture and most of the drawings will resemble Albert Einstein.

This isn’t the reality. Using a Google image search, you’ll find a diversity of scientists that may even reflect the diversity in your classroom.

I use this activity to break down this stereotype and jump into a discussion about why the scientists we will study will predominantly be white men.

Regardless of the grade or subject, you can find examples of the curriculum not reflecting the identities of your students. As educators, we need to be mindful that the images we show, the readings we use and the voices that are heard in the class reflect reality.

The first and most challenging step is addressing our own implicit bias, which often goes unchecked. For example, I was coloring a picture of a princess and knight with my 5-year-old daughter recently and I automatically picked a yellow pencil for the princess’ hair. I realized later that I had defaulted to the stereotypical image of what a princess looks like without challenging it. I was propagating this stereotype with my daughter.

Watch Leslie Fagin, an instructional technology coach from Griffin, Georgia, talk about how implicit bias affected her as a student and what she's doing about it in the video below:

Jason Trinh is a hybrid teacher digital lead learner in the Toronto school district, the largest public school district in Canada. He is passionate about edtech, equity and inquiry/STEM as demonstrated as a Google Innovator, speaker (ISTE, EdTechTeam Summits), founder of the non-profit RacializedEDU.com, curriculum leader of science in his district and a regional science fair coordinator. Follow him in Twitter @jasontries.

This is an updated version of a post that originally published on Nov. 16, 2018.