6 resources for getting started with robotics 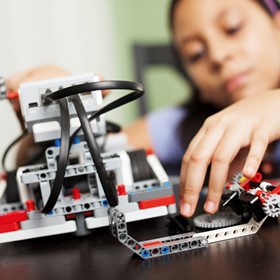 There's never been a better time to use robotics to inspire a fascination with computer science. Check out these easy-to-implement resources for getting started with robotics and put your students on the path to becoming computational thinkers.

RobotBASIC: This is a free tool for schools, teachers and students. Developed with help from 33-year education veteran John Blankenship, it's among the most powerful educational programming languages available, with nearly 900 commands and functions.

LEGO Robotics: Perhaps one of the most widely used robotics programs in schools and after-school clubs, LEGO Robotics lets students at any learning level create and command robots. Embed Lego Mindstorms into a club, competition or after-school program, and your students will learn as much about problem solving and collaboration as they do about engineering and programming.

EZ-Robot: EZ-Robot provides a platform that scales between beginner and advanced users, who learn logic, soldering, electronics and modular design, all while modifying a toy shell into a personal robot.

Raspberry Pi: This is a series of credit card-sized single-board computers developed in the United Kingdom to teach basic computer science in schools. Raspberry Pi 3 is the third generation. The boards cost between $20-$35.

In Greenfield Union School District where I teach fifth grade, I’m known as a bit of a technology enthusiast. This means I’m always excited about new ways to integrate tech in the classroom…

The notion that computer science education is essential for all is picking up steam in the United States; however, we still are a long way from making it accessible and equitable for all.…

Quick! How do you get students interested in STEM?

The answer, unfortunately, isn’t easy to pinpoint. With the exception of a small number of math, science and computer whizzes, most middle and high school students — particularly…