Teach students to learn from their failures 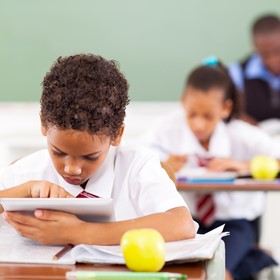 By the end of this post, there’s a good chance that you may fail to get the point.

That’s because the education world — and society in general — falls short on understanding failure. Dictionaries define it as “not meeting a desirable or intended objective.” Thesauruses list it as an antonym to success.

Business and science, on the other hand, have a different take. In those worlds, trying something without succeeding is not failing — it's merely one step in the journey to ultimate success. It’s also creating a mantra in boardrooms across the world: Fail fast and fail often.

Aspire to screw up

Many think that this positive attitude toward failure should start in the classroom.

Alicia Duell is one of them. She's an educator who was fired from her dream job as a central office administrator. It left her feeling shame and embarrassment and questioning her self-worth. After wallowing in that low place for a while, Duell decide to embrace failure as something we all have in common.

She set out to teach students how failure can be a powerfully positive force in their lives. Duell says school districts are failure-adverse and are doing a disservice to educators and students by not teaching them how to deal with failure.

“Discussing failure authentically is especially important for kids because young people without a lot of life experiences are especially vulnerable to feelings of shame and inadequacy when they fail,” she said. Duell urges educators to share their failures and in that way, they reframe failure and make it a powerful educational tool. “Then sharing this tool becomes an act of generosity to others, and a service to ourselves,” she said.

Watch Duell ISTE19 Mainstage presentation below to learn how she teaches about failure:

How to right this wrong

Technology may be the best tool yet to teach resilience and risk-taking. For instance, the entire foundation of game design is built on failing repeatedly because of all the things players must try before beating the game, points out Douglas Kiang, a computer science teacher at Punahou School in Honolulu, Hawaii. That’s why modern games allow you to save at any point. Students can save their games, take a risk and then restore it to that safe spot if they fail. After all, the goal of most games isn’t about getting through the room successfully the first time. It’s about learning how to get through the room.

Tech also offers answers on the grading front. For instance, you can mimic grading that reflects MOOCs and self-paced online courses that give students as much time as they need, but they must complete the work to move on. They can also level up similar to a video game: Students who keep trying could continue to gain points, and nothing they do would drop them below, say, a Level 3.

Kiang suggests playing with the Socrative and Kahoot! programs to test students and get feedback regularly, but anonymously, during a unit.

Finally, to make the most of their mistakes, walk students — and yourself — through these questions whenever your efforts produce something that doesn't work:

That’s a mindset that never fails.

6 Ways the Pandemic Transformed Schooling — But Will It Last?

After nearly a year and a half of pandemic-related disruption, going back to school this year will look unlike anything we’ve ever seen before. And that’s a good thing — or at least it should be.