Connecting the classroom one relationship at a time 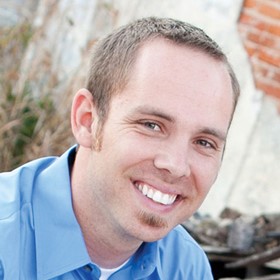 Todd Nesloney works in a big school district. In fact, it's one of the largest in Texas, but not for the reasons you might expect. It doesn't have the most students, but it does cover a lot of ground. Waller Independent School District, located between Houston and Austin, spans 328 square miles. About 66 percent of its students receive free or reduced-price lunches, 50 percent do not have internet at home and some students spend nearly an hour on the bus just to get to school.

None of these hurdles, however, has stopped Nesloney from finding creative ways to engage his fifth graders. By connecting with other educators on Twitter, Nesloney discovered tools such as Skype in the Classroom and Google Hangouts, which have opened doors to exciting opportunities, interesting people and a lot of recognition. In 2013, Classroom Champions selected Nesloney's class to connect with Olympic and Paralympic athletes. This year, Nesloney and his class spoke with Paralympian Joshua Sweeny, a member of the U.S. men's sled hockey team that competed in Sochi, Russia.

"It has been such an incredible experience to watch my students, many of whom may never even leave the state of Texas, connect with Josh and learn from him once a month — especially when you hear Josh's story of perseverance after losing both of his legs in Afghanistan a few years ago," he said. "Inspiring doesn't even begin to describe it."

Creating relationships is a big part of Nesloney's teaching philosophy. His students have had the opportunity to meet many notable people, including one of Intel's recent International Science and Engineering Fair winners, Olympic bobsledder Steve Mesler and cycling champion Giddeon Massie.

"When you build those relationships that make kids feel safe, give kids a voice, give them choice and allow them to create and share, they will blow your minds every time," Nesloney said.

These teaching experiences are definitely inspiring, but Nesloney hasn't always felt this way. The need to teach to the test nearly convinced him to give up teaching in 2012. That's when he decided to flip his classroom, and since then, everything has changed.

"I have fallen back in love with my career since choosing the flipped path," Nesloney said. "We're a team. It's not my classroom, it's theirs, and they know that."

The worksheets and test-formatted questions are gone, but student test scores are higher than ever. Throughout the experience, Nesloney has shared his success on Twitter and his blog Ninja Reflections on Education, and the world has taken notice. In 2013, the National School Boards Association selected him as one of its 20 to Watch in Education, and the Center for Digital Education placed him on its list of Top 40 Innovators. In December, the Obama administration named him a 2013 White House Champion of Change.

"It just blows my mind," Nesloney said. "And the fact that I got to meet the president and shake his hand — it's like, 'Who am I?' That will be a memory I cherish for the rest of my life."

Nesloney has been busy since he flipped his class. In 2013, he self-published his first children's book, contributed to a book about flipping the classroom and co-created a podcast series called EduAllStars, which interviews innovative educators — several of whom are ISTE members.

"My world has been rocked by the recognition, and I don't for a second take any of it for granted," Nesloney said. "I always say that the things I am getting recognized for are a true reflection of the people I surround myself with in person and online."

This article first appeared in the May 2014 edition of Learning & Leading with Technology.

A black male educator himself, he’s no stranger to the…