You don't have to be a scientist to incorporate STEM 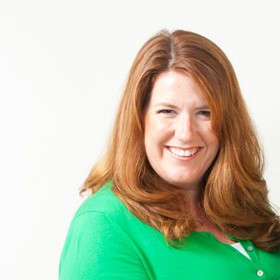 Sara Hunter was recognized as a 2013 ISTE Emerging Leader. Nominations for 2015 awards are open now through Feb. 2015. Amazing educators are encouraged to apply!

Most people are content following one passion. But for Sara Hunter, the opportunity to merge her love of teaching with an intrinsic interest in technology led her to the ultimate dream job.

As a third grade teacher at Union Elementary School in Zionsville, Indiana, Hunter was the go-to tech person, which led her to attend the Reform Symposium Worldwide e-Conference (RSCON). That's where she became familiar with the pedagogy of science, technology, engineering and mathematics (STEM) teaching. In fall 2012, she accepted a dual position as an elementary STEM teacher/instructional coach. As a teacher, she introduced students to authentic learning, and as a coach, she showed teachers new ways to teach.

Hunter piloted a flipped professional development model to help teachers integrate STEM  into their lessons. Working with educators individually, she helps them map out strategies for incorporating technology in all subject areas.

"We don't want a substitute for what we already have going on in our classrooms," she said. "We want to truly move to that transformational level that changes our practice as educators and provides our students with an innovative learning experience that invites them to learn in a different capacity."

Many teachers hesitate to integrate STEM, she said. "Some teachers say, 'That is not me. I am not the expert,' but one of the important pieces in the philosophy behind it is removing the role of teacher as expert."

Students are capable of constructing their own meaning, she said. For example, Hunter centered a STEM lesson on a storybook called Sheep in a Jeep, which is typically used to teach phonics and sounds. Hunter took a different approach.

"We looked at it in terms of what is at work around the jeep and the sheep that make them keep falling out, so it was really a lesson in force and motion — inertia," she said. "We actually used little toy jeeps and sheep and let them watch as the sheep fell out, and the teachers had materials to design solutions for keeping the sheep in the jeep."

In addition to her work with educators, Hunter teaches 17 inquiry-based, hands-on classes a week in grades 1-4. Her STEM classes cover everything from programming robots to experiencing the natural world outside. She's pioneered a model to leverage mobile technology while interacting with nature, and through her district's robotics initiative, nearly 200 kids are getting hands-on instruction in programming.

Although the student teams sometimes struggle to find solutions, Hunter believes a constructive environment for failure builds confidence. "I firmly believe it makes them much better critical thinkers and problem solvers, and it also makes success so much sweeter," she said.

Even her first graders participate by following the Mars rover Curiosity (@MarsCuriosity) on Twitter. The students received tweet replies from Mars.

"It was the moment that was like TNT went off and blew the walls off the classroom — little first graders realizing there was this thing on another planet that was communicating with Earth, that what they had to say about that robot on another planet mattered," Hunter said. "That was an extraordinary and pivotal moment and probably one of the biggest buy-ins for all of those kids last year."

Hunter blogs at iceteacher.blogspot.com, presents at conferences and is extremely passionate about sharing her STEM teaching experiences with others through ISTE's Young Educator Network. The best part for her is not only sharing her knowledge, but also listening to the voices of others.

"One of the things I've learned in the last year in both my work with students and with teachers is how to ask better questions," she said. "Instead of telling, I do a lot more asking."

This article first appeared in the February 2014 edition of Learning & Leading with Technology.