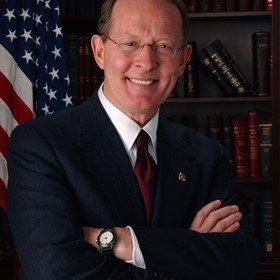 Senator Alexander's discussion draft, would update No Child Left Behind and greatly reduce the federal role in education. If passed, the bill would consolidate most programs into block grants and let states decide how best to spend their federal dollars. Targeted programs that were administration priorities, such as Investing in Innovation, Race to the Top, and school improvement grants, would no longer exist. To smooth over feathers ruffled by these changes, the Alexander draft would increase authorized funding levels for two of the biggest pots Title I and Title II (the teacher and principal preparation and recruitment block grant) by more than $500 million each.

In addition to changing funding structures, Alexander's bill would dispose of large parts of the current law in an effort to return significant authority to states. Under the Alexander draft, states would not be required to set performance targets for schools nor measure student growth in their accountability systems The draft would also prohibit the Secretary of Education from establishing, implementing or approving state standards, assessments, accountability systems or teacher or principal evaluation systems. The draft would also eliminate all of the highly qualified teacher requirements that NCLB had established.

In an effort to reach bipartisan agreement regarding what to do about annual testing, Alexander included two testing options in the bill. These options will no doubt be debated vigorously during the education committee's Jan. 21 hearing on annual testing. One option would give states significant flexibility in how and when to test students. States could choose from testing options that include: yearly academic assessments (as occur now); grade span assessments (administered once in grades 3-5, grades 6-9 and grades 10-12); a combination of annual assessments in every grade and grade span academic assessments; performance-based academic assessments aligned with a competency-based academic model; multiple statewide assessments over the course of a single year; or any other assessment that meets the bill's general requirements. The other option would keep testing requirements mostly the same.

There is no funding for targeted programs that support the implementation and enhancement of technology in schools. Enhancing Education Through Technology would no longer exist as an authorized program. However, technology is mentioned in several different contexts throughout the bill: