Can Your Students Follow the Clues To Identify Facts and Motives? 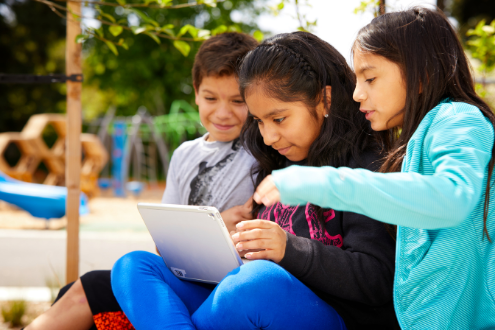 The lengthy post suggested that locals make use of available alternatives, such as corn cobs (ouch). It was meant as a joke, and the post garnered 10,000 shares and 1,500 comments, which lead the department to issue a clarification a few days later: No one had actually called 911 to request toilet paper.

This post is exactly the sort of case file that Jennifer LaGarde and Darren Hudgins ask students to investigate in their new book, Developing Digital Detectives: Essential Lessons for Discerning Fact From Fiction in the ‘Fake News’ Era. While misinformation is not always malicious, it’s still important to sort out truth from fiction and the emotion it elicits.

LaGarde, who hosts Library Girl website, and Hudgins, CEO of Think/Do/Thrive, wrote their first book, Fact Vs. Fiction: Teaching Critical Thinking Skills in the Age of Fake News, in 2018 after recognizing the way false information online was not only affecting our democracy, but also how we treat each other. After writing the book, the two spent time helping schools implement their curriculum. They realized there were some elements missing from traditional information literacy protocols.

“The biggest thing missing is any mention of how information is designed to trigger an emotional response. Once emotion becomes the driver, logic takes a back seat. So no matter what we know about determining what is true and what isn’t, once you’ve been triggered, it doesn’t matter what we know, we are being driven by that emotion,” LaGarde said. “We saw an essential link between information literacy and social emotional learning that none of the traditional protocols address.”

Designed for grades K-12, the book crosswalks the connection between information literacy and social emotional learning. Through lesson plans and mini-lessons, the authors introduce four lenses through which to consider new information. Each of the book’s units gives students a case to solve. Initially, they are given one sheet of information that mimics the 8 seconds people typically take to evaluate information. Students are asked to quickly form an initial hypothesis.

Students as young as kindergarten can learn to recognize emotions. Teach kids to recognize the physiological and emotional responses that happen when one’s emotions have been triggered by simply asking the question, “How does this information make me feel?”

Rather than asking students to think in binary terms, such as whether the information is real or fake, LaGarde and Hudgins suggest helping them ask the types of questions that can determine credibility.

To aid with the detective work, students and teachers have access to a supplementary online file called the “Evidence Locker.” Kids can sort through more than 100 resources, some include red herrings.

To deepen their understanding, students are challenged to get into the mindset of the content creator by recognizing the methods the person used. Students learn to ask who benefits if they feel a certain way.

By the end of the process, students update their hypothesis based on new evidence uncovered. For instance, did you scoff at the idea of people calling 911 for toilet paper? Did the idea make you feel smarter than “those people?” Or did you immediately realize that it was just a joke?

“We emphasize that changing your mind isn’t a sign of weakness or flip flopping,” LaGarde said. “That’s what smart people do. When they get more evidence, their thinking evolves. We have to recognize that in order to get us to click, all content creators are trying to trigger an emotion. Mis-, dis-, and mal-information has rooted us in camps where we see other people who don’t align with us as an enemy instead of someone with a different opinion.”