Digital Citizenship: From Don’ts to Do’s to Seamless Integration 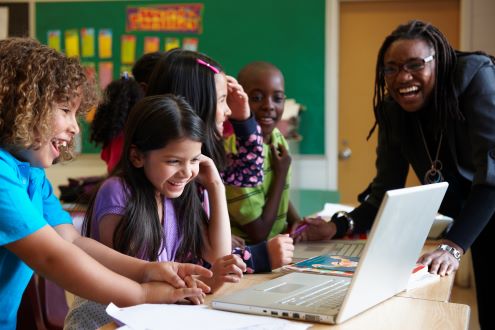 The concept of digital citizenship has evolved and changed along with edtech. It has gone from a list of don’ts to a more proactive list of do’s to a more seamless integration into the curriculum.

Marty Park, the chief digital officer for the Kentucky Department of Education and the co-author of the 2019 book, The Digital Citizenship Handbook for School Leaders: Fostering Positive Interactions Online, says the idea now is for schools to have digital citizenship so well integrated, it’s evident in every digital action by teachers and students.

“The goal is to embed and integrate digital citizenship into learning,” Park said. “We don’t want it separated or pulled out. We don’t believe that’s working. Digital citizenship is the one concept that lives in every one of the ISTE Standards. It’s the tie that binds.”

“We view level zero as really short-sighted,” he said. “You’re not really preparing kids when they leave at the end of the day or week or the year. They’re not really taking with them a core set of skills that are going to help them be empowered.”

Most districts fall somewhere in between.

“Mostly, districts are at level two,” he said. “That mainly consists of exposure to skills. You do workshops and share videos but you’re not gauging any kind of competency. You’re not checking for any kind of understanding.”

Watch the video below to hear ISTE CEO Richard Culatta explain the "do's" of digital citizenship:

District leaders need to consider the "why"

Advancing on that scale requires district commitment. In their book, Park and Ribble offer a five-year plan for implementation of a digital citizenship program. The end result is integration districtwide. The process takes districts from the “why” to something that’s a natural part of digital behavior.

“When you plan your digital citizenship program, there's the why,” he said. “For me personally, that's pretty clear. But you need that touchpoint at a leadership level, so that everyone is believing in the same why. When you get into implementation, you’re going all the way through a program to where you can look at student action and teacher action and feel good about the fact that when somebody makes something awesome online, it's literally wrapped in being a good digital citizen.”

Jerry Fingal is a freelance writer who focuses on the intersection of education and technology. This is an updated post that originally published on Feb. 7, 2020.