How This Librarian Became a Social Justice Educator 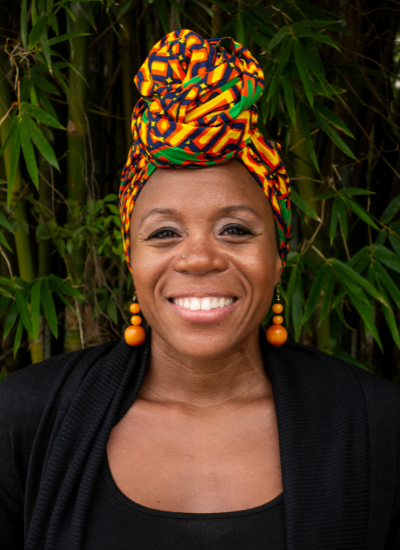 It was her second year as a language arts teacher at Montbello High School in Denver. Coming from a suburban district in Park City, Utah, she realized her methods weren’t translating well in an urban classroom with more than 90% students of color.

“I emphasized passing the test over honoring their wishes as individuals. They taught me an unforgettable lesson,” says Torres, who realized she would have to transform her teaching practice to reach her students, many of whom were multilingual and had come from private schools in Central America.

“I was not considering the cultural currency my students were operating with,” she admits.

Students want texts that reflect themselves

When she started asking students what they wanted to read, Torres saw their need to push back against the Western seminal texts that dominated the English curriculum. They hungered for social action and wanted stories that reflected the realities of their lives while showing them a path forward.

“My challenge was, how can I transform this curriculum to be one of social justice — one that is socially conscious?” says Torres, who received the 2020 Teacher of Excellence award from the National Council of Teachers of English (NCTE).

“Reading books that have a social justice component, like Jason Reynolds and Brendan Kiely's All American Boys or Tiffany D. Jackson's Monday's Not Coming, can inspire students to explore the ways young people act in situations of injustice. Books offer students ways to do something about the oppression they experience, rather than feeling continually disempowered — like victims.”

As she became more responsive to her students’ needs, they began to blossom. They gobbled up Elizabeth Acevedo’s The Poet X and Jason Reynolds’s Long Way Down. They embraced an independent reading unit, choosing their own titles and completing projects about the books they read. Within a few years, the class had gone gradeless and students were developing portfolios and writing manifestos to demonstrate their learning.

“I learned that my role as a woman of color in a population that is predominantly students of color is to work on a pedagogy that was restorative as well as generative,” Torres says. “So much of the message they receive is, ‘You are not enough.’ I want to restore students’ sense of themselves as scholars who can possibly change the world if they want.”

Inviting noted authors into the classroom

To show her students how to use writing as a form of social action, Torres started blogging about her evolving philosophy as a social justice educator — and the social media world took notice. She joined the The Educator Collaborative, became a 2018 Heinemann fellow and was elected to the NCTE board of directors. Up-and-coming authors such as Reynolds, Acevedo and Angie Thomas, who wrote The Hate U Give, began joining her classroom for virtual visits and lunchtime hangouts.

As her social media presence exploded, Torres got offered a new job within the district: as a librarian serving five different schools and overseeing a $150,000 library remodel.
She leapt at the opportunity to expand her impact.

“I had to develop a culturally responsive collection, so I took everything I was doing in my classroom and just amplified it,” says Torres, who also began working on her master’s degree in library and information science at the University of Denver.

“My mom was a librarian, and I didn’t think I would ever want to do it. But the deeper I get into the library, the more I love it. It’s an absolute dream job for me.”

A multilingual world traveler who has explored Europe, seen the Northern Lights in Alaska and spent time in the Caribbean, Torres has always loved the way books allowed her to travel to different worlds. As a librarian, she put a lot of effort into helping all students see themselves in those other worlds.

One of her strategies was to order multiple copies of books about marginalized identities and sprinkle them throughout the library so queer students, for example, could find themselves reflected in the fantasy and literature sections as well as the LGBTQIA+ section.

With the recent closure of Montbello’s library, Torres is back in the classroom for now. But although her circumstances have changed, the co-founder of the grassroots movement Disrupt Texts continues to push for more equity and inclusion in school reading lists.

“The new colonization is the perpetuation of certain books as necessary or seminal to a child’s education. We know this is not true,” she says. “I want students to read culturally responsive books and feel like they can create these stories, too, and that their stories will be worthy of academic study or spark conversations with folks or change the world around them.”

When Texas librarian Valerie Tagoe agreed to sponsor a graphic novel and anime club for high school students who were passionate about manga, it opened the door to all sorts of new activities in the library: cosplay, manga-related arts and crafts, and a selection of graphic novels for students…

Lakisha Brinson used to envision herself writing cards for Hallmark.

An introvert with a proclivity for introspection, she understood early on that people need to feel like their voices are being heard.

“Connectedness is important to me, and so is getting people to see that…

It was her second year as a language arts teacher at Montbello High School in Denver. Coming from a suburban district in Park City, Utah, she realized her methods weren’t translating well in…