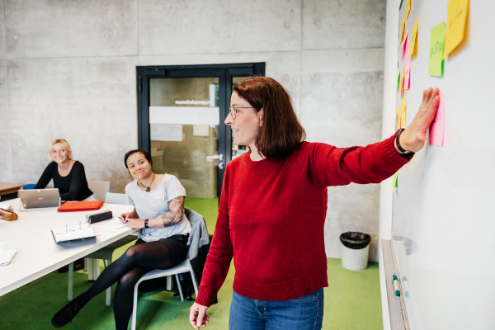 Michael Cardona, superintendent of the San Marcos school district in Texas, didn’t set out to send 68 staff members to the ISTE conference in Chicago in 2018. But he did, and it’s still paying dividends for his school district four years later.

Cardona took over as superintendent of the 8,000-student district in 2016. San Marcos is located about 50 miles from San Antonio, where ISTE held its annual conference in 2017. When Cardona inquired about how many staff members attended that ISTE conference, he was stunned to learn that no teachers had gone and only one member of the district’s technology staff had attended.

“I felt like, ‘This is a worldwide conference that involves innovative teaching practices, and we're a struggling district academically and we’re trying to empower our teachers and we sent no one?’” he recalled.

His technology staff didn’t have an answer for him. He told them, “Well, I want you to help me figure this out, because this isn't going to happen again.’”

That planted the seed for what became the district’s ISTE Challenge.

To generate interest in the conference, Cardona came up with a challenge based on “Shark Tank,” a TV show where entrepreneurs compete to have their business ideas chosen by a panel of experts. In the district’s ISTE Challenge, teachers would present projects that they would execute with training they’d get at the ISTE conference.

The competition, Cardona says, was a way for teachers to “have some skin in the game.” The only requirements were that the projects be campus-specific and align with the district’s core commitments around having students ready for college, career or the military. Cardona assembled a panel of district and community members to judge the ideas. 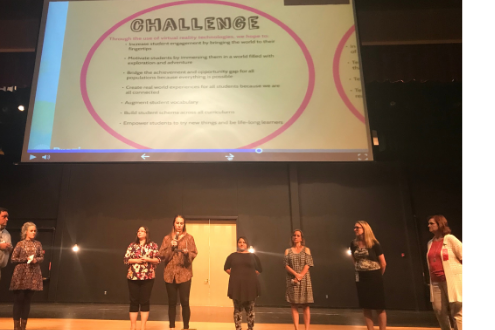 The plan was to choose one winner for the elementary level and one for secondary. When it came time for judging, Cardona’s cup runneth over.

“After all the teams left and the judges went to a back room, I was like, ‘Oh man, all these teams did such a good job,” he said.

Choosing just two winners wouldn’t be right. “I went back to the (school) board and said, ‘Everyone did such a good job, this is what we want to do, this is how much funding we need.’

And they were super supportive.” And that’s how the San Marcos district — where 74 percent of students receive free and reduced-price lunch — ended up sending 68 people, or 10 percent of its teaching staff, to Chicago for the ISTE conference.

Benefits came in many forms

The benefits of sending such a large group didn’t end with the teachers’ projects. Cardona saw the conference and its vast offerings as a chance to differentiate professional development for teachers. That differentiation is something that the district has been committed to offering students but until then hadn’t been offering teachers.

There were other advantages too. At the time, the district was implementing a 1:1 device initiative for grades 6-12. The ISTE conference helped create a core of technology advocates among the teaching staff that would soften resistance to the initiative.

“This was our way of getting some technology advocates to come back and say, ‘There are all these great schools across the nation and the world that are doing all these wonderful things. It's not difficult, it’s not an add-on and our district is just thinking ahead.”

Perhaps the biggest benefit of all was something the district could not have anticipated when it sent a team to Chicago. The expertise educators got from the conference and shared afterward prepared teachers for remote learning when the pandemic hit.

San Marcos will send about 28 staff members to ISTELive 22. The plan is for those staff members to bring back information they can share in professional development formats with their colleagues.

There’s no “Shark Tank” competition this year but that may return as business returns to normal in the years ahead, Cardona said. “We’ll start it up again for those who want to go above and beyond,” he said. “Those technology innovators are still in our district, and they’re still doing great things.”

Jerry Fingal is an ISTE blogger who writes about the power of technology to enhance learning. This is an updated version of a post that originally posted on June 4, 2021.

More than 12,000 participants from across the United States and the world came together for ISTELive 21 – held virtually June 26-30 – to explore and share the latest innovations to improve teaching and learning experiences for students.

As we move toward a post-pandemic future, a new learning landscape is emerging — and we saw its contours begin to take shape at ISTELive 21. From district leaders to classroom teachers, the most innovative minds in education collaborated to redesign learning in more than 1,500 live sessions.…

Michael Cardona, superintendent of the San Marcos school district in Texas, didn’t set out to send 68 staff members to the ISTE conference in Chicago in 2018. But he did, and it’s still paying dividends for his school district four years later.

Cardona took over as superintendent of the…